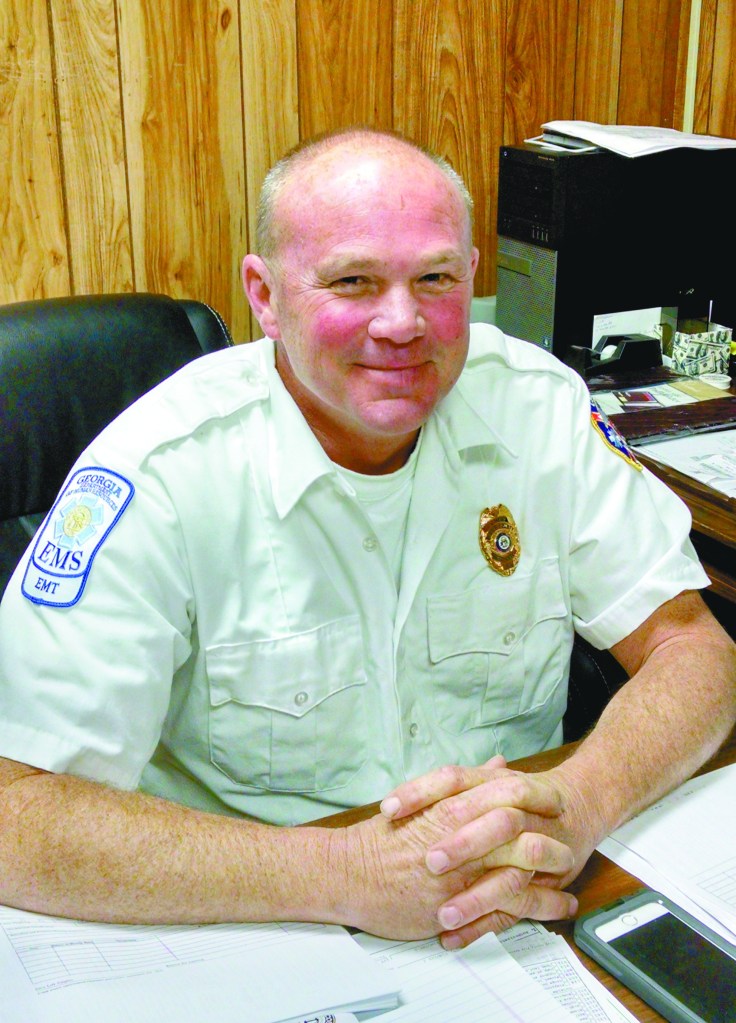 CORDELE —  Crisp County Administrator Tom Patton recently appointed Captain Jonathan Windham as Interim Chief of the Crisp County Fire and Rescue.
The department lost long-time Chief Ray Lunsford in November after a battle with cancer.
“We are still suffering through this great loss,” said Windham. “Chief Lunsford was not only a chief or mentor, he was a friend. He was a true leader and led by example. I humbled to be chosen to serve as interim. I know I have some big shoes to feel, but I will do the best I can.”
Windham, 47, already has 21 years with the department. He came to work with the Crisp County Fire and Rescue in 1995.
In 2007 he was appointed to Captain following the death of Captain Robert Bowen, who Windham said pretty much taught him everything he knows.
“Robert and I were very close,” he said. “He taught me what it means to be a fireman. He was like family and I was always welcomed in his home. It is an honor for me to say I had the opportunity to work with both him and Chief Lunsford.”
Windham is a graduate of Collierville High School in Tennessee. He has a Wildlife Management Degree from Abraham Baldwin Agricultural College. In 2002 he earned his Pre-med/Bio degree from Georgia Southwestern in Americus. He is a licensed EMT and has worked on ambulances for 11 years in addition to being with the Crisp Fire and Rescue. He is married to Caron Windham and the couple has two children; Matthew, 21, and Joshua, 16.
“It is my hope to run this office with the same integrity and professionalism as Chief Lunsford,” he said. “We are looking into taking on some additional help, (3 part time and 1 full time). I promise to do the best I can to continue to uphold the high standard of this office set by those before me.”