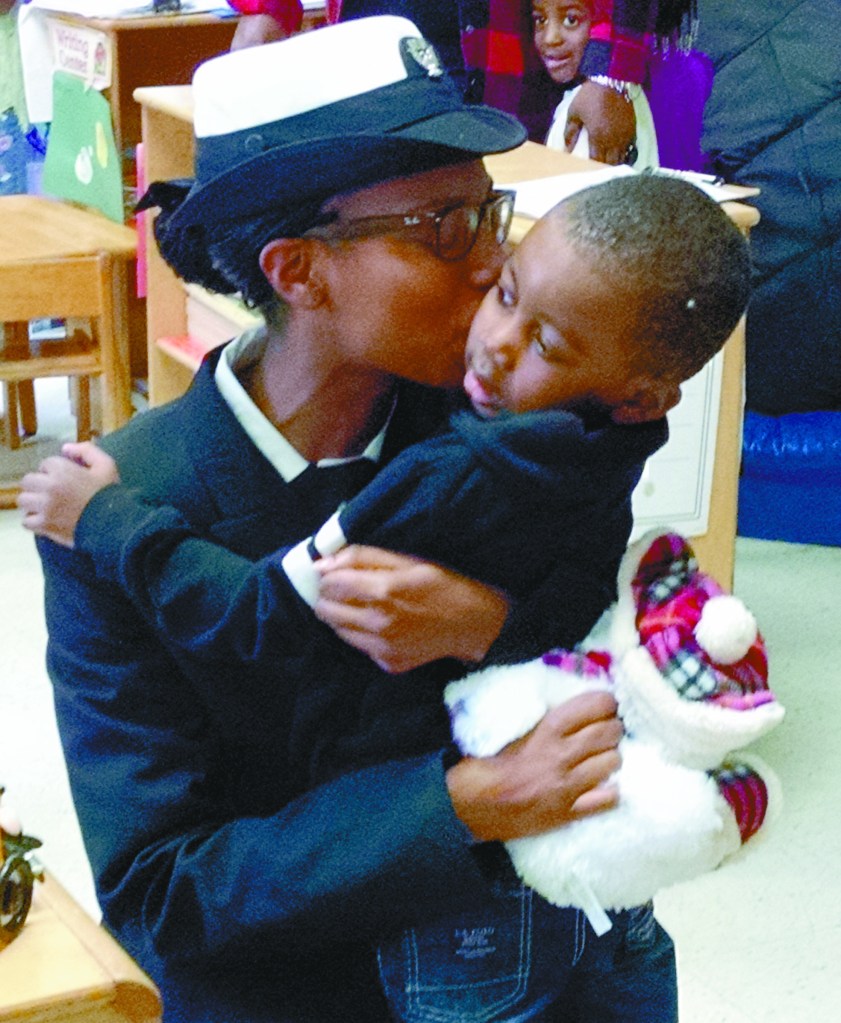 Becky Crissman/Cordele Dispatch Kimberly Anderson of the U.S. Navy gets a big hug and kiss after surprising her son at his school on Friday.

CORDELE — One little boy had his ultimate Christmas wish come true when his mother, who has been on deployment with the Navy surprised him at his school on Friday.
Kimberly Anderson, an E-5 who handles supplies for the U.S. Navy left for deployment in Japan on March 3. She and her son, 3-year old Aiden Kelly had not since each other since. She said she returned on December 7 and made it to Cordele late Thursday night.
“This is the longest we have ever been apart,” she said. “He has been my motivation these last months. I always keep a picture of him with me.”
Aiden was preparing to enjoy a Christmas party with his classmates at Fort Valley State Headstart when, to his surprise, in walks his mom with a teddy bear for him. It took a couple of seconds for the initial shock to wear off but then the youngster ran to his mother’s arms. It was a touching moment that moved every adult to tears, especially Aiden’s grandmother who was also delighted to have her daughter home for Christmas.
When asked how he felt when he looked up and seen his mother, Aiden summed it all up in one word…. “HAPPY.”
According to Anderson, she will be home for three weeks before and then she and Aiden will head back to Guam where she is stationed.
Aiden said he is looking forward to sharing Christmas with family and excited about going back to Guam with his mom after the holidays.