Where are they Now: Emmett Walker

When I first started playing football in the fall of 1972 at the Recreation Department. There was a team that year in the older division called the Falcons and there coach was Emmett Walker Jr. His son Greg played on that team and they was good. His son Jeff  was in my grade. At the time I knew Mr. Walker was in the Army or something but at 9 years old that’s about all I knew.

Mr. Emmett as many affectionately called him through the years was more than just a soldier he had a whole other past before them days began. Having moved to Cordele in the Summer of 1949 as a Sophomore in high school he was a football player.  Mr. Emmett would go on to play Right Half Back for the 1952 Cordele High School Bulldogs. As many of you may know that is the only State Football Championship from any public  school in Cordele or Crisp County.

Mr. Emmett had numerous write ups in the Dispatch back in them days and one of them was for being voted by the public as the most popular Bulldog. Mr. Emmett and his teammates back then were naturally elated to win a State Title. I doubt however, that they thought 63 years later they would still be the only champs.

In 1951 the Georgia Law changed and another year of school was added so Mr. Emmett and his buddies got to stay in school and do another year of high school. “Getting elbowed in the mouth or gouged in your eyes was just part of playing football in them days, we didn’t have a facemask,” said Mr. Emmett with a chuckle.

Mr. Emmett would accept a football scholarship to South Georgia College in Douglas, Ga. and he played there for a year and then Uncle Sam came calling. Mr. Emmett was drafted in April of 1954 and little did he know where this would lead. Mr. Emmett had already met his future wife the former Rosalin Roberts of Cordele. After having served about one year in the Army Mr. Emmett and Mrs. Rosalin got married and headed off to Germany.

“ At the time I hated the Army and was ready to get out so when my time was up I got out and joined the National Guard and went to work selling Insurance,” said Mr. Emmett. I found out I hated that more”, he said with a laugh.” Then in 1960 an opening came about with the National Guard in Cordele for a full time Staff Sergeant. Mr. Emmett applied and was hired and now the rest is history. Mr. Emmett went on to rise in rank from Staff Sergeant, Sgt. 1st Class, Master Sergeant, First Sergeant, Sergeant Major and finally the top of the rung Command Sergeant Major.

By this time Command Sergeant Major Walker had moved from Cordele to Albany to Macon with his job before finally retiring as the highest NCO rank available in the Army. So for those of you out there who don’t understand military matters and or rank let me put it in these terms. There are roughly 500,000 soldiers in the regular US Army and the odds of any.of them attaining the rank of Command Sergeant Major are far less than 1% Mr. Emmett built this fabulous military career all the while serving as a member of the Board of Education and as an official in football and basketball with the Georgia High School Association. His awards in the military are really to numerous to list on here but there are 4 walls in his house full of them. The Meritorious Service Award and numerous Army Commendation medals just to name a few. Mr. Emmett’s service on the Board of Education is why many of the Coaches of my generation are here now and call Cordele home and we thank you for that. Nowadays Mr. Emmett and Mrs. Rosalin enjoy their retirement and their grandson Dylan.

In these perilous times with terrorism and all the other global calamities we face.Service to the People of the United States is ever more important. It is with that thought in mind that I say,  Thank you Mr. Emmett for your service to our State and Country. Your generation made America great, I only hope we can get back to that level of service and commitment. 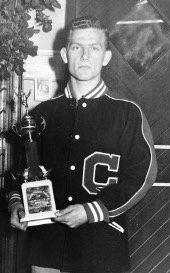 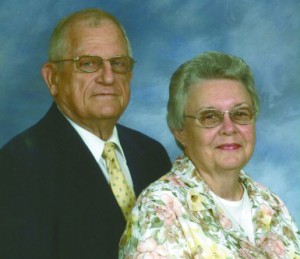