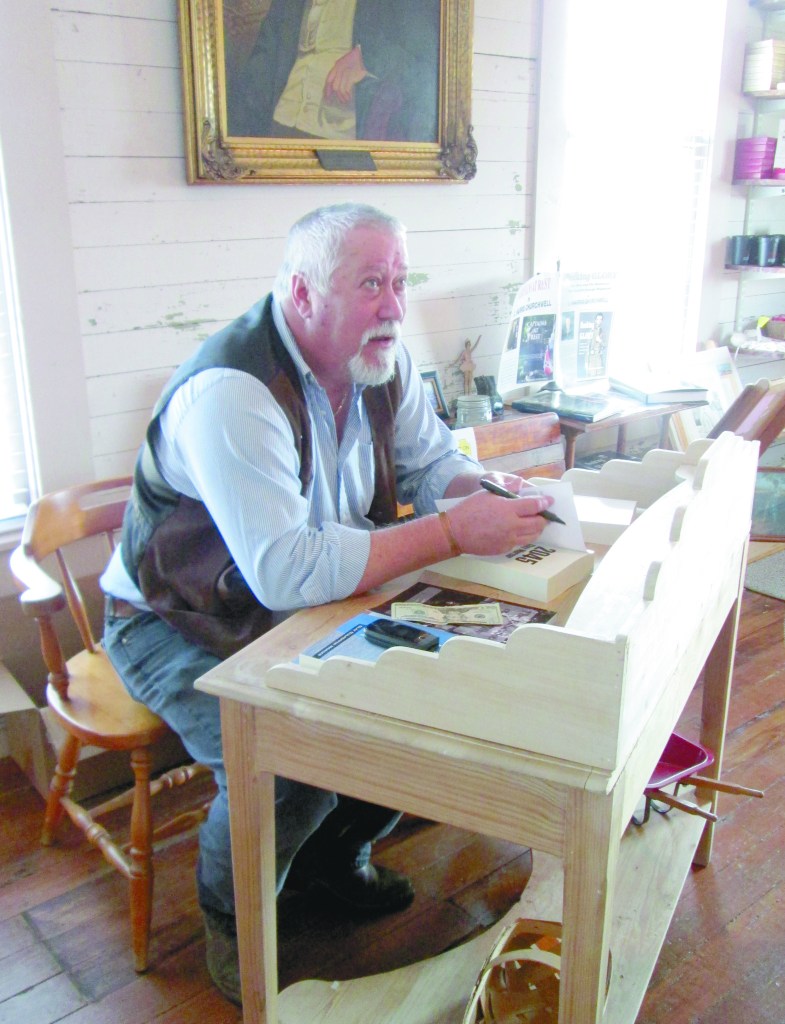 PINEHURST — Local author and news columnist Clay Mercer held a book signing recently at the Vienna Cotton Museum to celebrate the release of his fourth book “2045.”
“The nation stands at the crossroads with the old Republic in the past and the Monarchy in the future.
For over two hundred years the United States of America had welcomed immigrants from around the world, the tired, the poor, the huddled masses yearning to be free. America, the land of opportunity, became known as the land where any person had the potential to grow up to become the President.
The country was well known for its high regard for boosting the lower classes, eradicating hunger and disease, providing safety and refuge to those in need.
And yet, in its humanitarian response to provide for its citizens and immigrants, generosity was met by opportunism, greed, and criminal intent. In order to be big enough to provide, the government needed to grow, often times exponentially, until it outweighed and overshadowed the very citizens, and immigrants, it was trying to protect. Thus a great nation fell prey to its enemies who gutted it from within until the very worth of the nation was no more.
2045 illustrates the decline and fall of the American republic and the emergence of the first Monarchy of the American Regions. In a vivid exercise in re-imagining, Clay Mercer leads the reader through the exciting adventure of the Second American Revolution.” (Wholesalers summary of book).
“I am excited about the release of this book,” said Mercer. “Already getting good reviews on it. I sell most of my books out of the back of my truck. Sales are going really well. It is the largest of the books I have released. It has 650 pages.”
One of Mercer’s favorite parts of the book is the fact that his own friends volunteered their names as characters in the book.
“That made it a lot of fun,”
Mercer said his biggest fan and supporter is his wife Connie and he is grateful to have her as part of the process. She serves as the proofreader and copy editor for his books.
“We went over this one with a fine-tooth comb,” he said. “Sometimes you don’t catch them all but you try to.”
Ellis Pecans and Salt Lick Sausage sells the book. Also available at the Vienna Cotton Museum and Bud’s Barber Shop in Cordele. It is also available at amazon.com, Books A Million and Barnes and Noble. Autographed copies are available online at www.claymercer.com. Anyone wishing to purchase the book in lots of 10 or more of “2045” or any of Mercer’s other books should go to outskirtspress.com.
“My next project will probably be a direct to Kindle. People have been wanting to know how the Brian Edwards story will end… That may be where I am going next. Looking into some new things. Right now gonna focus with what I got going on with 2045.