The Middle Georgia State Knights Softball team opened up their 2016 Season this past Friday with a Double Header against Georgia Gwinnett College.  All three are former Crisp County Cougars and the Craze travel ball team members, now MGS Freshmen, Meagan Coleman, Savannah Thompson and Julia Davis made the starting lineup for both games.  Thompson played 2nd Base, Davis batted leadoff and played left and center fields and Coleman played first in game one and took the rubber for the second game earning her first Win as a college pitcher. 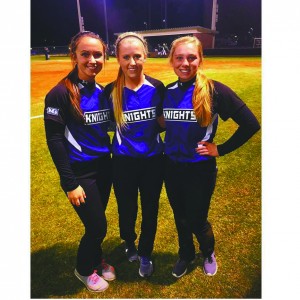 Cougar Baseball opens up With a Run Rule