The 2016 edition of the Crisp County Cougars may not have the ultimate pitching staff they once had and for that matter no one does, but what those boys do have is lots of heart.

After finishing the regular season 14-12 and the #4 seed in the region, the Cougars were lined up to play Locus Grove in the playoffs, who checked in with a 23-1-1 record and the number ranking in Georgia. The Cougars fell behind in game 1 and could never catch up losing 11-2. In game two on Friday evening the Big Cats had developed a never say never attitude and they jumped right down the Wildcats throat. With Will Carter on the mound pitching what might be his best game of the season. Crisp started hitting and scoring and got them down where Locus Grove had not been all year and they didn’t let up in the end Cougars won 8-3. Carter pitched 5 innings gave up only 2 hits and 1 earned run. He was relieved in the 6th by Austin Walls and in the 7th by Myles Napier who got the save. In the final game on Saturday the Wildcats depth took over and the Cougars went down 11-1. On the weekend Crisp County was led on offense by Austin Walls with 3 hits, Chris Pollock with 3 hits, Will carter with 3 hits and Kasey Herrington garnered 5 hits including a standup triple on his last high school at bat.

“ I am really very proud of these guys,”said Head Coach Bill Pate they have worked hard all year and they never give up, they are really just a good group of boys.” Two teams from our region survived the first round of State TCC defeated Griffin and Bainbridge defeated Spalding County to advance. Eastside beat Cairo the other region 1 team. This has been a rebuilding year somewhat for the Cougars and they still made the playoffs so the future looks bright. 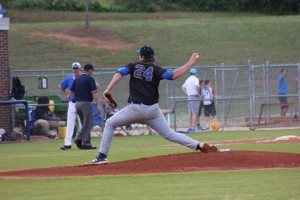 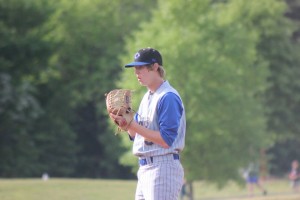 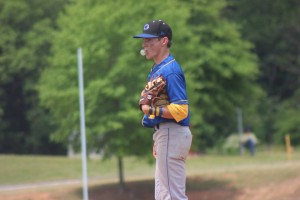 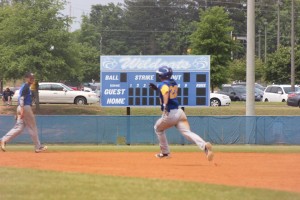