Fresh off helping top-ranked Georgia Gwinnett to yet another remarkable weekend, Davis Adkins picked up further honors on Monday when he was named A.I.I. Athlete of the Week alongside Central Christian’s hot-hitting Kasi Kraus.Adkins, who is a likely All-America candidate, ran his record on the mound to 11-0 after allowing a single run over eight innings to fifth-ranked USC Beaufort. The Cordele, Ga., native helped the Grizzlies run their record up to 47-4 with a sweep of the Sand Sharks. He finished the day with six strikeouts, and with Monday’s honor, he’s the fourth GGC baseball player to earn an A.I.I. weekly award. 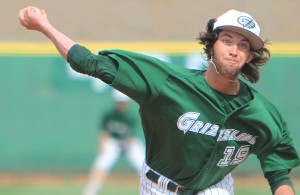 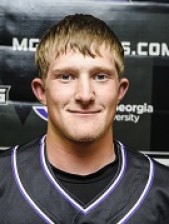 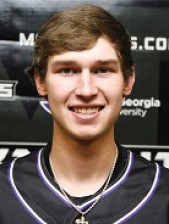 Bradley Hough is a Freshman catcher at Middle Georgia State University in Cochran and a former catcher and all region player for the Crisp County Cougars. He is the son of Ray and Maria Hough of Cordele.

Logan Carter is a pitcher and Red Shirt Freshman at Middle Georgia State University in Cochran and also a former pitcher and   all region player for the Crisp County Cougars. He is the son of Keith and Robin Carter of Cordele.