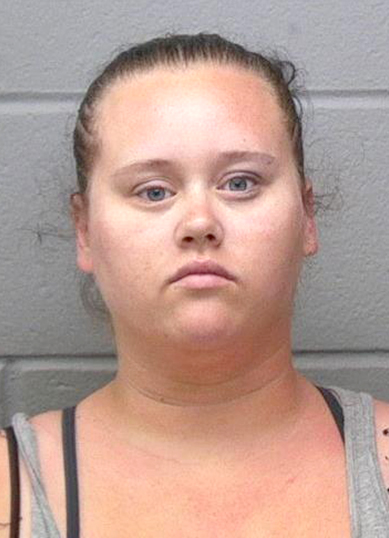 CORDELE — Through the combined investigative efforts of Crisp and Cordele authorities with assistance from surrounding agencies three arrests were made this week in the Waffle House robbery that occurred Sunday night, May 29. 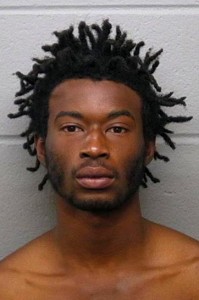 The robbery occurred at the Waffle House located at 3402 Frontage Road. It was shortly after 10 p.m. when two suspects, described as black males wearing masks, entered the building brandishing weapons and demanding money. The employees on duty at that time complied with the robbers’ demands and the pair fled the area, taking an undisclosed amount of cash. No one was injured.

Deputies canvassing the area made contact with a vehicle, operating without lights, leaving the area of the high school tennis courts. Contact was made with the driver. After further investigation, it was determined that she had originally given officers a false identity. She was released to officers with the Cordele Police Department. Following up with the investigation, detectives with the Cordele PD interviewed the female driver and her identity was confirmed as 23-year old Megan Respress of Cordele. She was arrested and charged with driving with no driver’s license, giving false information to officers, and party to a crime.

The following morning Sheriff Billy Hancock of the Crisp County Sheriff’s Office received information from a concerned citizen about the robbery. The CCSO and the CPD continued working together, collecting information and following leads. With the intelligence gathered between the two led officers to the arrest of 21-year old J’Haire Meleke Clay of 312 28th Avenue West, Cordele. Clay was apprehended by the CPD and is charged with Armed Robbery. Sheriff Hancock called for assistance from the U.S. Marshal Southeast Regional Fugitive Task Force. The agencies combined intelligence, which led to the arrest of a third individual, 20-year old Joctavious Newsome in Houston County.

At the time of Newsome’s arrest authorities recovered a small caliber handgun, which authorities believe was used during the armed robbery. Newsome is charged with a state probation violation and armed robbery. As the investigation continues, Newsome could possibly face more charges.

A joint press conference with the Crisp County Sheriff’s Office, Cordele Police Department, and the District Attorney’s Office during which Sheriff Hancock thanked all the agencies that were involved in bringing these three to justice.

“This investigation carried us across other counties,” said Hancock. “Over 100 man hours were 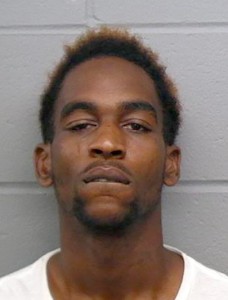 spent on Wednesday alone. This included officers from the Cordele Police Department, Crisp County Sheriff’s Office, Houston County Sheriff’s Office, Georgia State Patrol, U.S. Marshal’s Southeast Regional Fugitive Task Force and the Mid-South Narcotics Task Force. This is a testament of how community involvement and agencies working together can make our community a safer and more enjoyable place to live.”

“This investigation has just begun,” he said. “It does not end with these arrests. We will be looking at some cold cases and previous armed robberies with the same MO’s. The teamwork between all the agencies was important in making these three arrests. It is important that law enforcement work together.”

Detective Ketorie Sales, who Green said was instrumental in interviewing the suspects, said he was pleased with how the case came together.

“With confessions tied in with the evidence we were able to handle this quickly,” said Sales. “We heard the suspects had been bragging in the community and on social media. So anyone with any information about others crimes these three may have been involved in can contact the PD at (229) 276-2921.”

Hancock said armed robberies are occurring in other communities as well because they are a crime of convenience and opportunity and it is easy to get in and out.