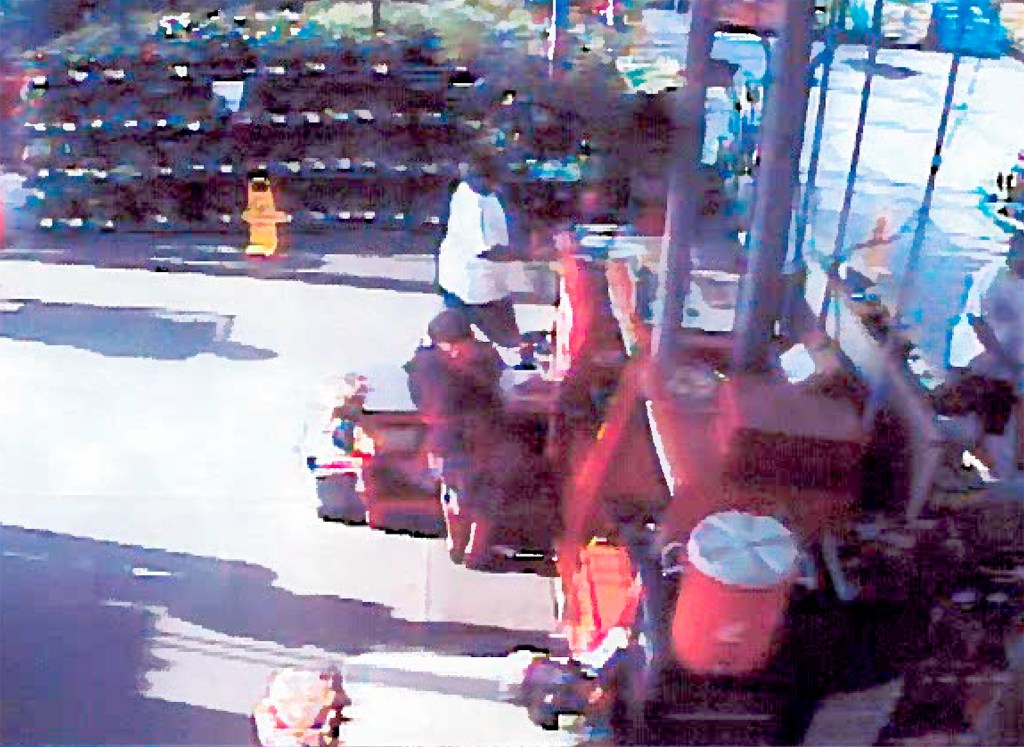 Submitted Surveillance cameras at the Home Depot captured the pair of shoplifters.

CORDELE — Police are searching for three men reported to have stolen items from the Cordele Home Depot.

Just before noon on Wednesday, June 15 SSgt Hill responded to the store located at 2011 Central Avenue. Upon arrival he was contacted by the complainant, Paul Keller, who informed the officer that on Sunday, June 13 at around 6:29 p.m. three black males entered the business via the garden center. He stated that just minutes later they exited the store, also through the garden center area. Each subject was pushing a shopping cart containing an Echo trimmer and Echo chainsaws with a total value of $5,071. There was a clerk on duty in the garden center at the time of the theft but she was unavailable for interview.