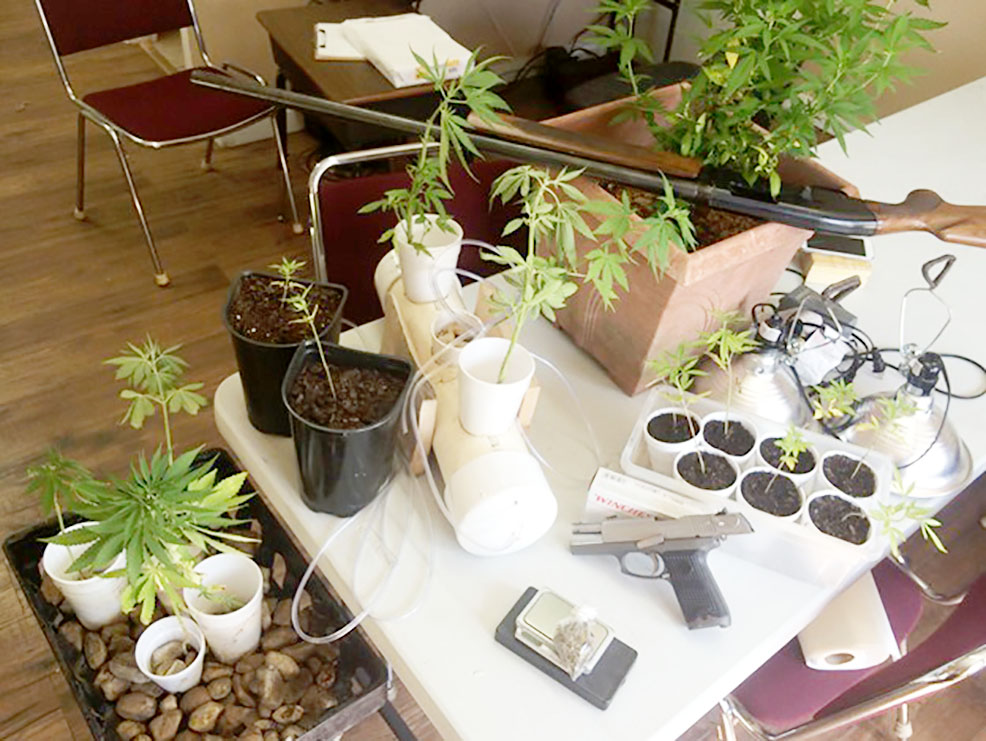 Submitted by WCSO Items seized during a raid on a marijuana grow operation in Wilcox County.

ABBEVILLE — The Wilcox County Sheriff’s Office recently seized a Marijuana Grow Operation in the South East portion of the County.

Reports indicate the operation was an elaborate setup including Marijuana, which was being grown outdoors, as well as, a hydroponic grow indoors. 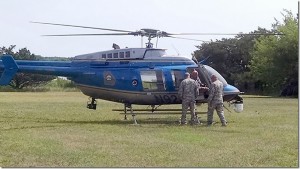 Submitted by WCSO
Agents with the GTF who assisted WCSO with the investigation.

“The hydroponic system requires the plant to be nourished with nutrients in liquid form (water / fertilizer / growth chemicals) mix, which constantly recirculates over the plants root system. There is no need for soil. This system involves aquarium type water filtration and pump equipment and seems to yield a more desired product,” said Sheriff Mike Martin. “Also, the indoor type growing systems require the use of an artificial light source and the regulation of heat and humidity. These types of grow systems allow many offenders to cultivate their product year round and, because the system is difficult to detect, law enforcement agencies have a difficult time locating, seizing, and prosecuting those offenders who use this system.”

Arrested during the investigation was Robert S. Davis, age 36, of 232 Poppy Lane, Abbeville. Davis will be charged with Manufacturing of Marijuana, a felony, which could result in a 10-year sentence. Davis may also face further charges for firearms recovered, drug related items found and a portion of suspected Marijuana already packaged. Davis was arrested without incident and cooperated with Authorities completely. The investigation is still ongoing and other individuals may be involved.

The photo shows the recovered Marijuana plants, seventeen in total, some of the equipment being utilized for the grow operation and the firearms recovered.   Sheriff Martin said he would like to thank the Deputies involved and to those Agents of the Governor’s Task Force / Marijuana Suppression (GTF), who aided in the Investigation. The GTF was requested to fly over this and other portions of the County in an attempt to locate possible illegal and clandestine Marijuana Growing operations.