The Taylor County Vikings hosted the Dooly County Bobcats Friday night in Butler and handed the Bobcats a 28-14 loss. The Bobcats lost starting quarterback Bo Lawson on the third play of the game. Lawson who produces about half of the Dooly offense was sorely missed through out the game. The Bobcats produced all 14 of their points in the first quarter and were unable to get into the end zone the rest of the game. “It was tough to lose a game you know you could have won, but sometimes things don’t go your way,” said Jimmy Hughes the Bobcats Head Coach. “We are not taking anything from Taylor because they are a fine team but we got hurt early.”” We are going to get everyone well and get ready to play Brookstone of Columbus Friday night.”

Dooly will be playing a region crossover game in the “Grove” in Vienna at 7:30pm. The 4-4 Bobcats are 3-2 in region play and are sitting on the edge of the 24-team playoff system. The Bobcats travel to Buena Vista to take on Marion County. 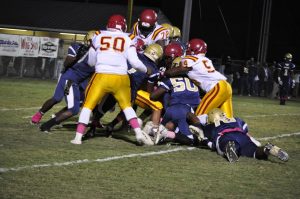 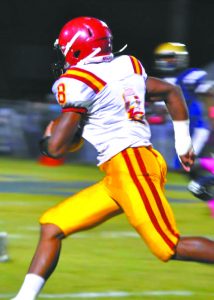 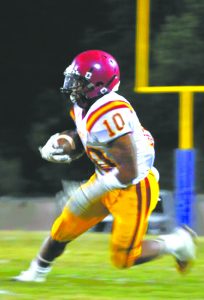