the intersection of Old Albany Road and Highway 300. Two vehicles collided, a

Chevy Truck and a car. The woman driving the car was killed at the scene as a result

of injuries from the collision. She was from Bibb County. The man driving the Chevy

truck, Herman Matthews of Cordele, sustained severe injuries and was transported to the Macon Medical Center.

The name of the driver of the other vehicle has not been released yet by the Crisp County Sheriff’s Department pending notification of the drivers family. 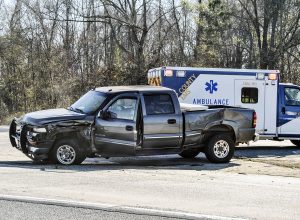