For only the Second Time in School History

“We have talent that’s for sure but what the boys have and how they win is guts, they just have a lot of guts,” said Head Coach Stacey Stephens. After the Cougars 73-71 overtime win over Worth County down in Adel for the region championship. The victory over Worth sealed the Cougars 2nd region title in this school year. The first time in school history that the Cougars or the Rebels ever won a football and basketball crown in the same year and ironically over the same school Worth County. It is the 2nd region title in basketball ever for Crisp.

The Cougars dominated on the boards pulling down rebounds at a 2 to 1 margin 48 to 21. Crisp County shot 47% overall from the field to Worth’s 33% and 69% from the line compared to 70% for the Rams. Another Cougar advantage was in their 15-0 assists ratio. However the Cougars did have 21 turnovers in the game. On offense the Cougars got 24 points from Quentavious Dean and Quay Walker poured in 20 points along with 12 rebounds to record a double/double. Ijon Owens added 14 points as well for the Cougars. 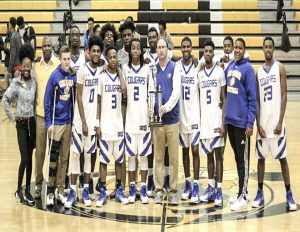 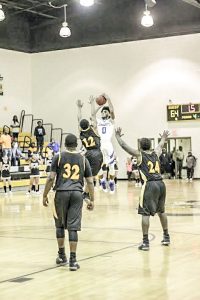 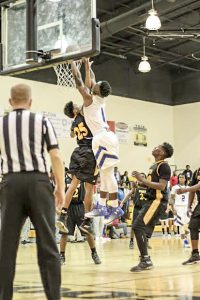