The long Easter weekend was filled with many activities that had people hopping to and fro, whether it was participating in the community egg hunt at Georgia Veteran’s State Park, shopping for new Easter clothes, preparing for special church events, or traveling to see family.

No exception to the active weekend was the Georgia State Patrol Post 30, that was also busy with many activities as Commander SFC Jon Posey reported the bad of numerous arrests and crashes, but also the good of a special patrol operation in which his Post participated.

Starting off with the good, the Georgia State Patrol has partnered with the Texas DPS and several other states to ensure children (those 17 years of age and under) are not missing, being abused or exploited, or at risk from those around them, through routine traffic stops or other encounters. Children are one of Georgia’s most precious resources and efforts are needed to safeguard them.

The Crimes Against Children Patrol Operation is a multi-state detail designed to increase officer awareness of the agency’s initiative to proactively protect children through routine traffic stops, uniformed officer investigations, and consensual contacts. This is achieved by remaining alert for indicators that a child is at-risk of victimization.

The Operation focused on:

• Identifying individuals who may be a high risk threat to children

Success in human trafficking cases is defined in any of 3 ways:

1.  Recovery of a victim

2.  Arrest of an offender

During this operation, Post 30 Cordele made 163 vehicle stops discovering no crimes against children.

Commander Posey stated that he was glad that they made this many contacts with the public and found no children that needed help, but at the same time the GSP is disappointed that they were unable to help any children, because “we know there are some out there that need our help.” 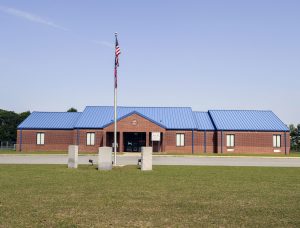