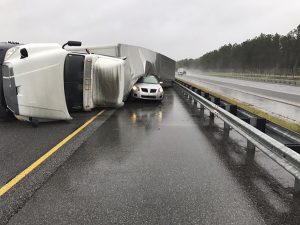 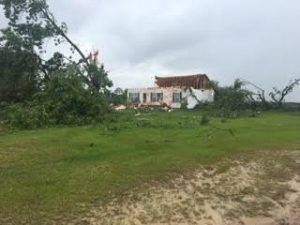 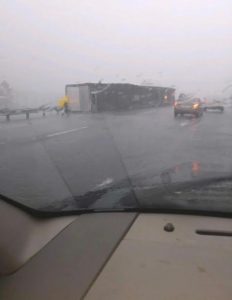 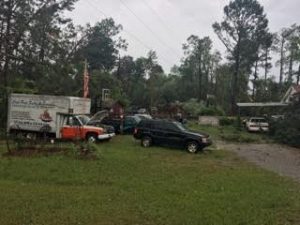 On Tuesday afternoon at approximately 1:00pm a series of severe thunderstorms made their way into Crisp and Dooly Counties. After an initial report of a tornado sighting heading northeast into southwest Dooly County. The tables turned as severe thunderstorms came up in Warwick headed Northeast. This storm quickly produced a tornado that crossed over Highway 41 south a few miles north of Arabi. This twister continued crossing over I-75 at mile marker 93 and then continuing in a northeasterly progression over hwy 90 south. As a result downed power lines and trees blocked hwy 41 and two tractor trailer’s were overturned on the south bound lane of I -75, blocking traffic. The tornado then downed trees and power lines on hwy 90 south as well blocking traffic.