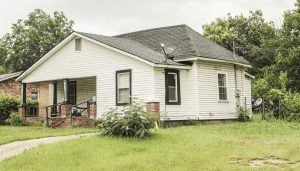 In the early morning hours of Friday, July 21, 2017 Cordele was inundated,  with shootings all over the city.

The first shot was a single round into someone’s parked car window at 412 W. 23rd Ave., at approximately 1:17 a.m.  After that initial shot, things went down hill from there, starting with the home of Sasha Savage at 707 W. 21st Ave.  Numerous shots were fired into the home of Savage at approximately 3:58 a.m.  There were no injuries and the case is still open, according to Lt. Carrie Lull.

Just one hour later, while still investigating one shooting, shots rang out at the home of Symone Harvey at 414 W. 13th Ave., at 5:00 a.m.  A large number of rounds struck the house, which had a small child inside. There were no injuries in the case. But, later in the evening, at 11:17 p.m., a fourteen- year-old juvenile called 911 reporting that someone had shot at his home at 408 W. 4th Ave.  There were again no injuries in the case.

Lt. Lull and Officer Rivers were on the scene at 4th Ave., when suddenly Armageddon could be heard across town.  At or very near the 700 block of S. 14th St., shell casings were discovered all over the road at 12:54 a.m. in the morning of Saturday, July 22nd.  At 1:18 a.m., officers were dispatched to the hospital for a gunshot wound.  Upon arrival, Lt. Lull spoke with the victim, 31-year-old Johntavirous Robinson of Cordele.  Robinson had been shot in the side and

grazed in the head.  During questioning Robinson gave no comment, but simply said, “don’t know what happened.”  Robinson did say that he was hit/shot in the 800 block of S. 11Th St. near the “Club.”  This location is very close to the 14th St. shootings.  In all cases no one gave any information as to who shot up the houses or may have been responsible. These cases are all still under investigation.

If you have information as to who may have been responsible for these shootings please contact the Cordele Police Department Lt. Carrie Lull at 273-3102.