The Crisp County 4-H Awards Banquet was held recently to honor the accomplishments of over 100 outstanding 4-H members. A packed audience of parents, volunteers, school and community officials, donors, and youth attended the banquet held at the Cordele Lions Club. The theme for the evening was, “Unmask Your Future In Crisp County 4-H”. The Crisp County 4-H Senior and Junior Board of Directors were in charge of planning, decorating and conducting the event for the evening.  Whitney Sangster, 4-H Senior Board President, presided during the banquet.

Top honors went to Whitney Sangster who received the Goodwin Nix Leadership and Citizenship Award. Skyy Stephens was honored as the Outstanding Junior Award winner and 4-H’er Christian Jones received the George B. Lee Award. The prestigious “I Dare You Award” was presented to Kayla Stephens, Autumn Grimsley and Jordan Lawson.

Other 4-H’ers receiving special recognition included the President’s Award presented to 4-H Senior Board President Whitney Sangster. The Junior Award of Excellence was awarded to Logan Lunt, Kayla Trotter, Ally Bodrey and Gracen Vonier for their participation and achievement in projects, citizenship and leadership.

Emily Mercer and Carrie Mitchell was recognized as the Crisp County 4-H Scholarship winners where they both received scholarships to further their education.  Gracen Vonier and Jessica Wilson provided the entertainment for the evening. Mr. Andy Adams was awarded the Friend of 4-H Award for his outstanding work as coach with the Project Safe BB Team. 4-H volunteers and donors were also recognized for their support of Crisp County 4-H programing. 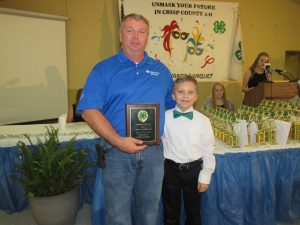 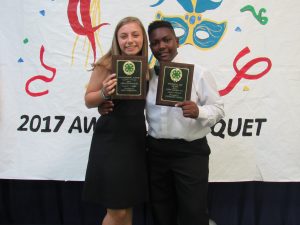 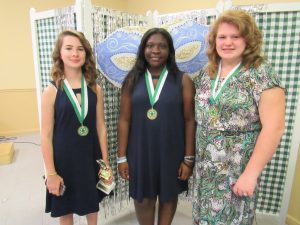 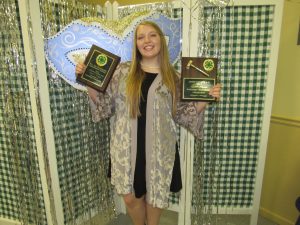