ROCHELLE- The Wilcox County basketball teams each tacked on another region victory on Monday night against the Clinch County Panthers.

The Lady Patriots looked like they were headed into the halftime break with an eight-point lead after Clinch scored just before halftime, but Marquetta Griffin hit a shot from near half court at the buzzer to send Wilcox County into the locker room with an 11-point lead at 27-16.

Asia Montgomery, Trajata Colbert, LeAunna Mahogney, and Jamercial Marshall all scored for the Lady Patriots in the third quarter to help maintain the lead. Wilcox County led 40-29 going into the fourth period.

Marshall, Colbert, Montgomery, Alayshia Dixon and Marteisha Griffin all scored in the fourth quarter as the Lady Patriots finished out the game for a 57-36 win. The win gave the Lady Patriots a 13-4 overall record with a 9-1 record in region play going into their Tuesday night game at Echols County.

In the boys’ game, Clinch had the lead at 10-7 about halfway through the first quarter, but the Patriots finished the quarter on a 9-3 scoring run to take the lead. Desmond Tisdol and Keyshawn Howard each scored five points in the quarter, while Jordan Brown added four and Cameron Patterson scored the other basket. Wilcox led 16-13 at the end of the first period.

Cameron Patterson started the second half off with a three-pointer to extend the Patriot lead to eight points. Tisdol, Brown, Howard and Azavion Deans also scored in the third quarter for Wilcox. The Patriots entered the fourth quarter with a 49-42 lead.

The Patriots finished the game off in the fourth quarter by outscoring the Panthers 22-18 with scores by Demetric Young, Azavion Deans, Tisdol, Brown and Patterson. The Patriots won the game by a final score of 71-60.

Jordan Brown finished as the leading scorer in the game for Wilcox with 20 points, while Desmond Tisdol tallied 16. Keyshawn Howard was also in double figures with 11 points. Cameron Patterson ended up with nine points and Azavion Deans was not far behind with eight total points.

The win put the Patriots at 14-3 overall and 9-1 in region play going into Tuesday night’s away game at Echols County. Both Wilcox teams will travel to Irwin County on Saturday night, January 20, for another region contest. 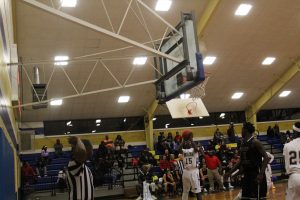 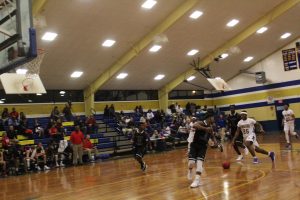 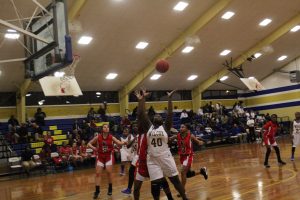 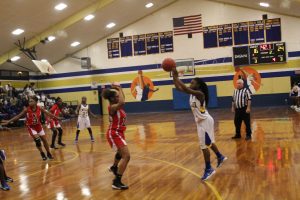 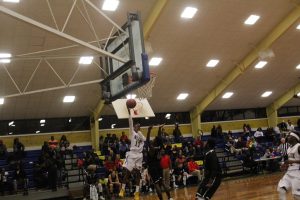