Ronald “Ronnie” Estene Akridge, 59, passed away on Monday, January 22, 2018 surrounded by his wife and daughter. A Celebration and Memorial service will be held at a later date.

Ronnie was born in Jesup, Georgia to the late Alvie Estene Akridge and Jacqueline Lessel Smith Howell. He was preceded in death by a sister, Sherry Wilkes. Ronnie was a truck driver for over 45 years. He was employed by Presley Trucking and DieselTrucking Company. He was a Christian and was an avid fisherman who loved to fish with his daughter and friends. Ronnie played Double U Bingo online with many friends. He just celebrated his 59th birthday, January 3 along with Lillian (His Boot) her 20th birthday, January 6.

Macon Memorial Park Funeral Home has charge of the arrangements. 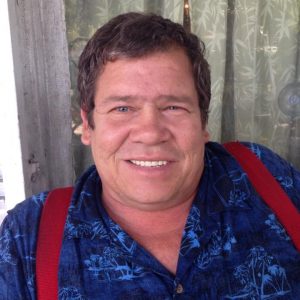