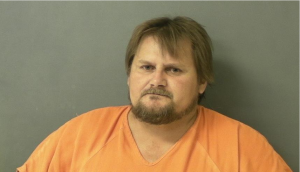 On June 10, 2018 at approximately 10:45 p.m., deputies of the Dooly County Sheriff’s Office responded to the 2000-block of Highway 257 in Vienna, Georgia in reference to a domestic dispute. When Deputies arrived on scene, Laymond Bozeman, a 47-year old male, appeared to be intoxicated and refused to comply with the deputies’ instructions. Mr. Bozeman brandished a knife and made advancements toward deputies. Mr. Bozeman made numerous threats to kill the deputies on scene and stated that he had the residence rigged with explosives. Mr. Bozeman claimed to have a 9mm handgun in his possession.

Sheriff S. Craig Peavy contacted the Mid-South Sheriff’s SRT which Dooly County Sheriff’s Office is a member of along with Crisp, Tift, and Turner County Sheriffs’ Offices and Tifton Police Department. SRT members utilized distraction devices and made entry into the residence after Mr. Bozeman refused to peacefully surrender as requested by the SRT negotiator. Less lethal force was used on Mr. Bozeman and he was taken into custody at approximately 4:23 a.m. Mr. Bozeman was checked and cleared by medical personnel on scene. Eight knives were recovered as part of the investigation.

Sheriff S. Craig Peavy commends his deputies, the members of the Mid-South Sheriff’s SRT, and Dooly County EMS personnel for their bravery and professionalism.