No injuries in 2-car wreck near CCES 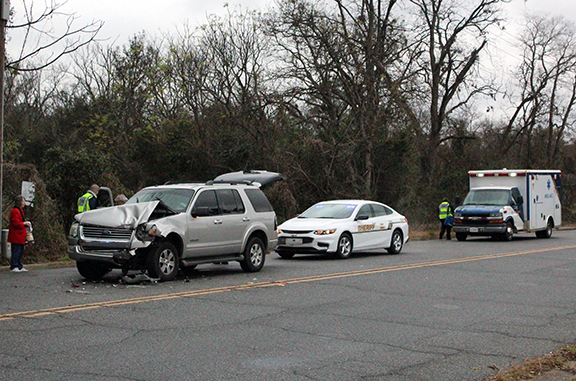 This silver Ford SUV sustained significant damage when it rear-ended another silver SUV as they both approached the center turn lane leading into Crisp County Elementary School on 24th Avenue. No one was injured, but tow trucks were required to remove both vehicles from the scene.

The driver of a silver SUV rear-ended another silver SUV on 24th Avenue in front of the Crisp County Elementary School at approximately 3:15 p.m. on Monday. Crisp County EMS was dispatched to the scene but no one was seriously injured.

The two vehicles, both with Crisp County tags, were both traveling west approaching the center turn lane that leads into the school parking lot. No children were in either SUV at the time of the accident.