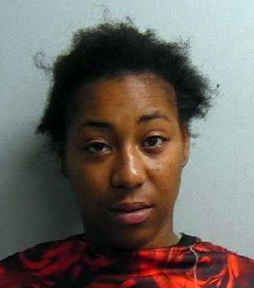 Franekia West, a 19-year-old woman from Vienna, was arrested on Thursday when she attempted to flee from authorities after her bond was revoked.

A 19-year-old Vienna woman accused of murder in 2018 was arrested Thursday when she attempted to flee the Crisp County Courthouse after a judge there revoked her bond.

Franekia West was out on bail for charges of felony murder, aggravated assault, and violating the Georgia Street Gang Terrorism law. The charges stem from the May 8, 2018 shooting death of Kelvin James Barron of Cordele.

Authorities said that at no time Thursday was West a threat to the public or courthouse personnel. She simply fled the courtroom when the judge announced West would return to custody for violating the conditions of her bond.

She made it out the front door of the courthouse before a Cordele Police Officer apprehended her nearby. West now faces additional charges of escape and obstruction. She is currently being held at the Crisp County Detention Center.