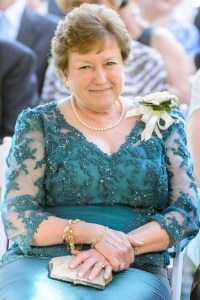 Ettie “DeeDee” Pridgen Sims passed away on Tuesday, September 29, 2020 at Archbold Hospital in Thomasville, Ga after a long courageous battle with Pulmonary Fibrosis. A memorial service will be held at a later date.

DeeDee Sims was born Ettie Dean Pridgen in Fitzgerald, Ga on December 19,1947 to William Carswell Pridgen and Anna Margaret Hinton Pridgen. She was raised in Cordele, Ga and graduated from Crisp County Highschool in 1965. She attended the University of Georgia and was a proud member of the Kappa Delta Sorority. DeeDee married her college sweetheart, Donald P. Sims, on July 12, 1969. After her graduation with a BS Ed in ’69 DeeDee began her teaching career which spanned over 32 years including Crisp Academy in Cordele and 20 years with Brookwood School in Thomasville. DeeDee was a devoted member and volunteer of The First United Methodist Church. She was member of the DAR and enjoyed Heirloom Embroidery and sewing. After her retirement DeeDee and her husband Don traveled extensively, including trips to Russia, China, Alaska, Hawaii, England, and France.

DeeDee is survived by her loving husband of 51 years, Donald P. Sims; three daughters and one son and their spouses, Shellie and Guy Welch of Atlanta, Bo and Molly Sims of Macon, Susan and Lance Fuller of Cordele, Anna Carroll and John Gregory of Thomasville; 9 grandchildren, Dixie Fuller, Abbie Fuller, Bo Fuller, all of Cordele, Schaffer Welch of Atlanta, Mary Marwood Sims, Carsie Sims, Amelia Sims, all of Macon,  Vivie Gregory, Ettie Cecilia Gregory, both of Thomasville; brother and sister in law John and Jan Pridgen of Cordele, brother and sister in law Bill and Ann Pridgen of Alpharetta and many beloved nieces and nephews.