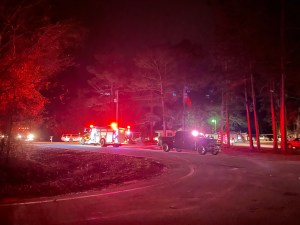 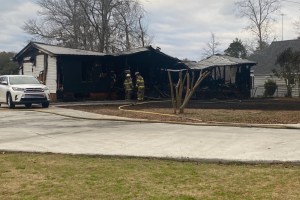 The Crisp County Fire Department responded to structure fires yesterday at 526 Scenic Route and 121 Sills Drive. When the units arrived at the Scenic Route location, they reported a fully involved mobile home with fire coming from the roof and the front of the structure. There were no occupants inside and neighbors rescued the resident’s dogs. The structure’s roof collapsed leaving firefighters unable to enter the home. A small outbuilding and a vehicle in the driveway were damaged from heat exposure and a neighbor’s home, at 522 Scenic Route, received heat damage to the siding.

Firefighters answered a call at 9pm Monday for a structure fire at 121 Sills Drive. Upon arrival, they encountered smoke showing from a window in one room. The fire was contained to the room of origin and appeared to have been caused by a space heater turning over against the wall, igniting nearby combustibles.

The owner, Ken Ferns, said the fire was discovered by his wife when she heard a noise, and went outside to check.