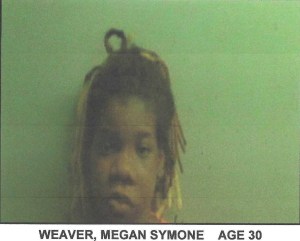 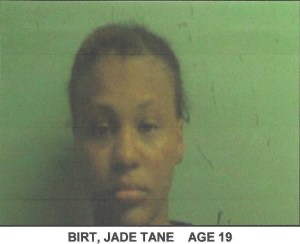 Over the course of several weeks, detectives with the Cordele Police Department have been investigating an internal shoplifting case at Wal-Mart, 1215 E 16th Ave., after they were notified by upper management of two of their employees committing several thefts from the store.

The investigation led to the arrest of employees Megan Weaver, a thirty-year-old female from Cordele, and Jade Birt, a nineteen-year-old female also from Cordele. Both Weaver and Birt had committed numerous shopliftings from Wal-Mart beginning back in October. Several of the items that were stolen have been recovered by detectives and returned to Wal-Mart. The stolen merchandise had a combined value of over three thousand dollars.

Megan Weaver was charged with seven counts of Misdemeanor Shoplifting, two counts of Felony Shoplifting, and one count of Possession of a Firearm by a Convicted Felon.

If you have any additional information you feel may pertain to this case, you are asked to please get in touch with the Cordele Police Department at 229-276-2921