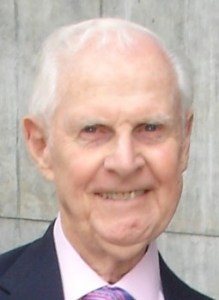 William Asbury Stembridge, died January 31, 2022. A memorial service was held Saturday, February 5, 2022, at 11:00 am. at Forest Hills United Methodist Church located at 1217 Forest Hill Rd. A visitation was held at 10:00 a.m., prior to the service. A private burial was held at Riverside Cemetery.

Mr. Stembridge was born in Milledgeville, GA on May 16, 1931. He was the son of the late Sidney David Stembridge and Winnie Guffin Stembridge. He was preceded in death by his sister, Cornelia Stembridge Lawson; sister, Wynette Stembridge Ray Bralley; and brother Sidney D. Stembridge.

The newlyweds soon departed Georgia for Mr. Stembridge’s military assignment in Germany. He served admirably in Fort Benning, GA; Gelnhausen, Germany, near Frankfurt; and Fort Carson, CO, where he was honorably discharged in 1956 as a First Lieutenant.

He was a proud member of the Lions Club in Cordele and the Vine-Ingle Club of Macon. He served as the Club President in Cordele and District Governor for district 18-C. His awards include the Presidential Medal from Lions International in 1969; “Lion of the Year – 1962”; Key Award; and Outstanding Zone Chairman. In 1996, Mr. Stembridge received the Melvin Jones Fellow for Humanitarian Services, the highest award given by Lions International.

His service to the state was outstanding over a long period of time. Georgia Governor, Jimmy Carter, appointed him to the State Board of Education where he served as Vice Chairman and Chairman of the Georgia Postsecondary Education Commission. He also served on the State Compensation Committee and the State Board of Industry and Trade. He served as a member of Policy Making and Strategy for Vocational Education in the U.S. Office of Education, Department of Health, Education, and Welfare. President Jimmy Carter appointed him to the National Advisory Council on Vocational Education in 1979. In 1980, he received the President Award by the Association of Private Colleges and Universities in Georgia for Outstanding Achievement in the field of Education.

He was a member of Forest Hills United Methodist church and previously the First United Methodist Church of Cordele, where he served as Lay Leader and Chairman of the Administrative Council.

Mr. Stembridge was a quintessential Southern gentleman. He was kind, warm, giving, and always helping others. He was a Servant leader who truly gave his time, his talents, his service, and his tithes for the betterment of his community. Mr. Stembridge was a survivor of several health challenges, including cancer, heart bypass surgery, and a battle with dementia his last decade of life. His faith, positive attitude, and love for those around him kept him strong, and his compassion and empathy remained deeply ingrained in his character. He loved his family, faith, and community. He loved to laugh and to sing from the Methodist and Cokesbury hymnals.

The family would like to extend its sincerest appreciation to the exemplary staff of Harrington House at Carlyle Place for their years of caring service for Mr. Stembridge.

Hart’s at the Cupola, Hart’s Mortuary and Cremation Center, 6324 Peake Rd, Macon, GA 31210 has charge of the arrangements.