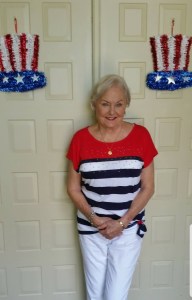 On Sunday, May 29, 2022, Wylene Wynn Maddox, an amazing lady and loving wife, and mother of two children and “Mema” of five grandchildren, unexpectedly passsed away at the age of 87.

Wylene was born on April 21, 1935 in Ashburn, GA to Lois Hampton Ivey House and lived and was schooled in Ashburn, GA for the early part of her life. She was a special person to all who had the fortune to know her and was always a leader and very active in many civic and social activities throughout life.

She was previously married to Melvin Wynn, deceased of Ashburn, GA and Ouver Maddox, deceasaed of Arabi, GA. She also had a son Larry Wynn to pass away in 1993, as well as two brothers, Kenny House and Webb Warren of Cordele, GA.

She is survived by her husband, Jack L. Lang of Polk City, Fla., who had the envied and distinct priviledge of an outstanding 29 years together, a son, Terry Wynn of Arabi, GA, two sisters, Donna House Whitley of St. Augustine, Fla., and Esther Fay Warren of Ashburn, GA, a brother Steve House also of Ashburn, GA. Five grandchildren and one great-grandson, along with many close and loving cousins, neices, and nephews.

Wylene had an infectious passion for life and was much loved and admired by friends and family alike. She was known by everyone for her quick wit, disarming and infectious smile and her kind and compassionate spirit. Truly, she just never met a stranger.

This remarkable lady will be interred at Crown Hill Cemetery  in early June at a private family graveside service.

It broke our hearts to her and we miss her terrribly.