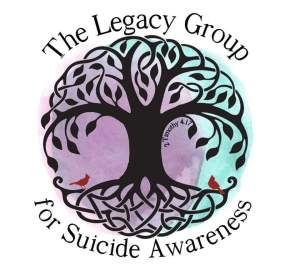 Saturday, September 10, 2022 is World Suicide Prevention Day that is observed every year to raise worldwide awareness and reactiveness to prevent suicide. This year in Cordele the 5th Annual Suicide Awareness event will take place. The Legacy Group for Suicide Awareness, a nonprofit faith-based organization, hosts this event that coordinates a candle lighting service and community walk to promote suicide awareness as well as honor the memory of loved ones lost to suicide. The event will be held from 6:00 p.m. to 8:00 p.m. at the Crisp County Recreation Department walking track located on 1205 N 5th Street. This event is in memory of Johnnie June (JJ) Swint with the theme, “Nobody Walks Alone.”

Becky Vaughn, founder of The Legacy Group for Suicide Awareness, knows all too well the effects of suicide. Vaughn lost two sons on separate incidents to suicide. “With a lot of prayer and support from family and loved ones I decided to start a non-profit in order to help other families like mine,” said Vaughn, “who might not have anywhere to turn when they lose someone to suicide.” According to the Centers for Disease Control and Prevention, CDC, suicide and suicide attempts cause serious emotional, physical, and economic impacts that affect friends, loved ones, co-workers, and the community. “By the end of November of 2017,” said Vaughn, “we had six suicides in Cordele and no one wanted to talk about them.”

According to the CDC, suicide is death caused by injuring oneself with the intent to die whereas a suicide attempt is when someone harms himself or herself with the intent to die but did not die as a result of their actions. “Everyone knows this is happening,” said Vaughn, “Why are we not talking about it?” Suicide is a leading cause of death and is a serious public health problem. “The longer we do not talk about it,” said Vaughn, “the longer it is going to continue to happen.” The CDC states that suicide is a leading cause of death in the United States with 45,979 deaths in the year of 2020 with 1 death every 11 minutes. That same year, 1.2 million individuals attempt suicide.

Risks for suicide include:

Mental health disorders or substance use

Exposure to family violence-physical and/or sexual

Presence of guns or other firearms in home

For any individual in crisis please utilize The National Suicide prevention hotline at: 1-800-273-8255 (TALK). For more information, individuals can access the Centers for Disease Control and Prevention at: www.cdc.gov/suicide or the National Institute of Mental Health at: www.nimh.nih.gov.