Where are they Now: Roe Davis 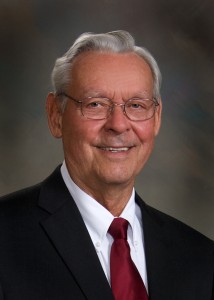 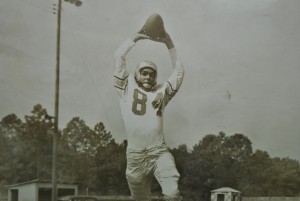 A lot of folks from around here are aware that the Cordele High School Bulldogs won a state football title, the only one ever won in this county in that sport.  But did you all know that Roe Julius Davis owner of Flint River Pottery and Chairman of the Crisp County Hospital Authority was an all state player on that team. Mr. Roe played offensive and defensive end, since playing both ways was very common back in the day. The part that just kills me though is Mr. Roe was also the drum major. That’s right at half time he would swap uniforms ,  I mean go figure how that would work today!!! It wouldn’t.
You see times have changed from the fall of 1951, Mr. Roe was a 1952 graduate of Cordele High School. In the fall of 1951 Glen Yancey was head football coach, how many of you ever heard of him? Only a handful even remember those days. Get the picture now its  mid-August 1951 about 4:00p.m. on a Tuesday, temperature outside is 97 and heat index has it at 104. There are sixty trillion gnats flying around the county and not a cloud in the sky, its hot real hot. Your coaches have absolutely no knowledge of hydration, that is giving water to players. They couldn’t spell electrolytes in 1951, heck in 1980 My Coach Ferrell Henry barely knew what you  was talking about mainly because there job was to make men out of you as was done to them years earlier. Drinking water a basic human need was not making you tough. I would laugh but yes this is very true. “You don’t deserve no water you haven’t done anything yet,” raise your hand out there if that wasn’t a quote you heard as a kid.  “We didn’t have face masks back then and catching a forearm to the mouth was very common,” said Mr. Roe. “ The uniform pants were a canvas type material and when you was blocking you were going to get skinned up on that material in the face.” Back then it was just as hot as it is now, you got alot less water to drink, there were more gnats, there was no air conditioning to go into, medical treatment for football injuries was virtually nonexistent and the uniforms you wore were much hotter. Yes football in them days was harder no doubt about it.
After high school Mr. Roe went onto play football at South Georgia College on scholarship but men had to work in them days to have any money, because mama and daddy wasn’t sending you cash, most house holds then had only one money earner. Mr. . Roe left South Georgia and transferred to the University of Alabama mainly  because a friend had lined up a job for him and there he met and married Miss Kathryn McCay of Birmingham,Ala. Mr. Roe and Mrs. Kathryn have one child Becky  and two grand sons Brian and Davis and one great grand William Davis Moore. Nowadays Mr. Roe enjoys Alabama football, gardening playing golf and pushing to make Crisp County Hospital the very best it can be. Through the years Mr. Roe has been involved in many more things other than football and basketball. Mr. Roe was one of the original driving forces behind Central Savings Bank , along time member of the Hospital Authority and an active local business owner and job producer for Crisp County. I just thought some of you might like to know that a man who has done so much in the county also was once an All-State football player.They were just abit tougher breed of men back in them days I say.