Where are they now Bill Sawyer

Y JOE JOE WRIGHT/joejoe.wright@cordeledispatch.com
It was the fall of 1978 a bunch of guys was playing football on Sunday afternoon at Old Williams Field. Yes we played tackle football with no equipment back then. I was about 15 and William Pitts “Bill “ Sawyer  Jr. was about 22 and we was on the same team. Everytime we played out there  I always had a big guy on my team, either Bill Sawyer or Ricky Canterbury. I was a running back and I just followed big Bill around the corner it was real easy running the ball. Ahhh I remember it well.
Of course by that time Bill had already graduated from Florida State University where he was the center. Bill Sawyer was a 1973 graduate of Crisp County High and a star football player. After high school Bill went to Florida State on a football scholarship from 1973 through 1976. Former teammate and friend at Crisp County Cliff Hearn said, “ Bill was the long snapper and I was a punter and I never recall him ever making a bad snap.””Bill was a very dedicated worker and student of the game and obvisouly he was good he got a 4 year scholarship to Florida State.”
Bill was an all region selection in 1972 at Crisp County.
Bill was a part of something special at Florida State Head Coach Bobby Bowden showed up there in his senior year. It was his senior class  that started and helped build Florida State into a National college football powerhouse. After graduation Bill would become very active in the FSU Booster club for the rest of his life donating and raising money for Florida State.
Bill spent a number of years in the pharmaceutical -medical industry. In 1978 Bill married his hometown sweetheart Fran Carter and they have two children Brian and Rebecca and 1 grand child Kennedy Sawyer. He was the son of William Pitts Sawyer Sr. and Mrs. Idalene Williams Sawyer of Cordele. Bill was diagnosed with Leukemia in 2008 and passed away in 2009. He will always be remembered as a player, coach and lover of the game of football. 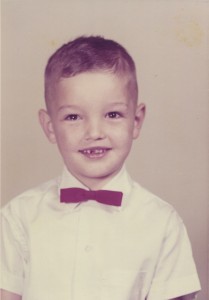 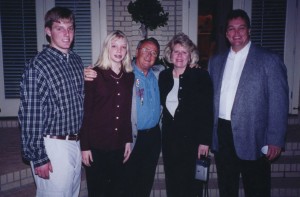