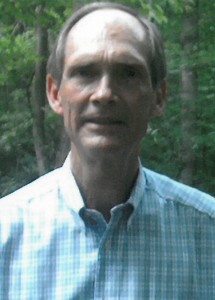 Pastor and Brazilian Missionary Michael Titshaw passed away on Monday, our Labor Day, in Paso Fundo, Brazil. He was the son of the late Kermit Elwyn and Marjorie Chambers Titshaw of Pitts, Georgia.
Pastor “Mike” attended Pitts High School and finished at Emory at Oxford. He went on to attend Auburn University and finished their ROTC  program, leading to a four year Air Force tour. He went on to attend and graudate from the New Orleans Theological Seminary and pursued his long time dream of missionary work with the people of Brazil, which he began in 1982. He started and mentored new churches from coast to coast in South America — more specifically in Brazil and Peru during his thirty-three years of service there.
Burial services for Pastor Mike were held on Wednesday, September 9 at his church in Paso Fundo. His congregation there performed the service as he requested.
A memorial service will be held at the Pitts Baptist Church on Sunday, October 18 at 2 p.m. Lunch will be served at 12:30 p.m. by the Ladies of Pitts Baptist Church. Pastor William Kent will be presiding.
Survivors include; his brother Ron Titshaw of Elijay, GA.; cousin Delane Titshaw and Ann of Rochelle, GA.; cousin Richard Titshaw of North GA.; cousin Jane Chambers Krenson and Fred of Smyrna, GA.; nephew Eric Titshaw of Huntsville, AL.; nephew.
One member of Pastor Mike’s congregation stated, “He had no house, vehicle or earthly possessions but he tried to live as much like Jesus as humanly possible.”