Van Carden: A Profile of Courage

Why oh lord do you challenge the little ones? The age old question of why do bad things happen to good people will never get a satisfactory answer.
A 4 year old little boy hasn’t really lived long enough to have done anything to anyone to warrant nearly 4 years of Chemo therapy. The thousands of pills he had to take, the enlarged liver, the spinal taps and let’s not forget the shingles he suffered with. Pain and discomfort folks we know nothing of pain and discomfort. Mark and Felicia Carden and their son Van, well they know pain and discomfort.
Felicia Carden was 6 months pregnant when her son Van was diagnosed with Leukemia. It is hard enough to raise a child, let’s throw in pregnancy and a   two year old daughter at home. Let’s put in 3 trips a week to Atlanta and let’s do all this for 4 years. I am only really scratching the surface. As many can imagine as a parent, having to watch your child suffer is as agonizing a thing as one can go through. Only actually losing your child compares to this. I guess as with all things you  learn to adapt and cope with what faces you. During this challenging time you must have faith and courage.
Van played T-ball as a child but he had to wait till he was 10 to start football and he wasn’t declared cured till he  was nearly 13.   Van and family made a decision. “We can let this illness rule our lives or we can just move on past it. “The Whole Carden family decided to move on past it. They were not going let this terrible life altering cancer dictate the path they were going to take.
Van had some very influential coaches in his early days at the Recreation Department. Tyrone Walker and Dr. Antoine Yowe both coached Van through those  times.  “Van never really wanted be treated any different than any other kid,” said Dr. Antwion Yowe.” It was truly a blessing to watch Van matriculate through the recreation department and play ball with my son and Pastor Ray Sullivans kids in my front yard.” “ THEY WERE DOING WHAT THEY LOVED TO DO,” Yowe explained.” “ I look forward to watching his career in the future, Van can do what ever he want’s to do.”Van continued to grow and play football and now he is enjoying being the starting center at Crisp County High. Once a Cougar always a Cougar. Van says that his plans are to be a State Trooper. One thing I am certain of is if a young man with his kind of courage wants to be a Trooper then the Georgia State Patrol needs to save him a spot.The bottom line is even though Van had to endure this illness and he is definitely a brave young man, it takes the courage of a whole family to get you through these types of trials and tribulations ;that and a lot of prayer and I kno 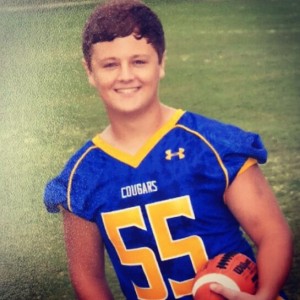 w something about alot of prayer. 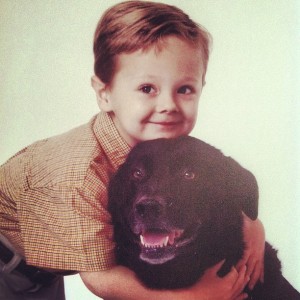