Where are they now: Risa Rambo

BY JOE JOE WRIGHT
joejoe.wright@cordeledispatch.com
In a society that is dominated by male sports it is refreshing to remember great female athletes. Back in the late 70’s there where three great basketball players and Risa Cook (Turton) Rambo was one of them. Risa graduated from Crisp County High in 1978 after having a stellar high school basketball career. As a kid growing up Risa played with all the neighborhood kids and her siblings in football, basketball, baseball it really didn’t matter. “She was always the first one picked “ said Dee Clark her sister. “Risa was just very athletic.”
Risa began  her high school career at Crisp Academy playing for Cliff Renew where she was the starting center. While at Crisp Academy she was a part of a 3 year state championship run that included 54 straight wins Risa transferred to Crisp County High in 1977 and played for Jeff McCord on what is arguably one of the best teams Crisp County girls ever had Coach McCord also moved Risa to the Forward position where she exceled.While at Crisp Academy Risa was All-state 3 times.“Risa was a rare talent that when she transferred from Crisp Academy to Crisp County she brought a winning attitude with her,” said former Crisp County Coach Jeff McCord.”Risa came from a good family,she was fundamentally sound, a clutch player and her arrival helped to jump start Crisp County basketball in a positive way,” McCord further lamented. The year before Risa came to Crisp County the Cougarettes were 6-18.Then Jeff McCord took over in the fall of 1977 and Risa transferred in and the Cougarettes finished 20-7 in the all powerful 1 quad A with Valdosta and Tifton.
As a Senior Risa led the Cougarettes to victory over Valdosta High in a 57-56 win in which Risa poured in 35 points. The Valdosta Coach Jerry Baker said, “ she is one of the five best I have ever seen.” Risa’s great play had her ranked in the top five by the Macon Telegraph and she finished her High School career as an all state and Adidas All-American.
Risa was heavily recruited and accepted a scholarship to Ole Miss. Risa also played  one year of college softball. Risa transferred to Mercer and played a year there before transferring back to Ole Miss and finally graduating from Georgia Southwestern University. Risa is one of two females to have her jersey number 44 retired from Crisp County girls Basketball. After college Risa married and had three children Miller, Benjamin and David. Then in 2007 Risa began to feel tired easily. She was diagnosed that she had restrictive cardiomyapatthy and she was put on the list for a heart transplant. After a long recovery Risa moved to St. Simons Island. She was enjoying good health till a stroke hit her in July 2013. After going through emergency surgery Risa was transferred to the Shepard Center in Atlanta were rehabilitation has put her well on the road to recovery. Risa says, “I am so grateful to the doctors, nurses and therapist, friends and family that have supported me always and especially through these health chal 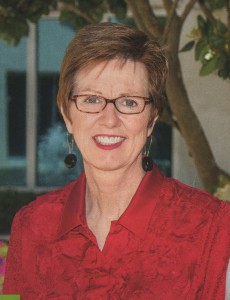 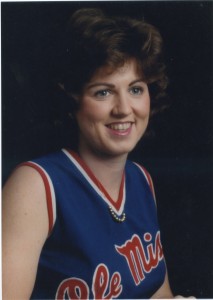