Where are they now: Jimmy Mathews

Where are they Now: Jimmy Mathews 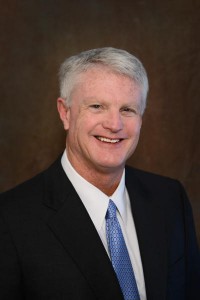 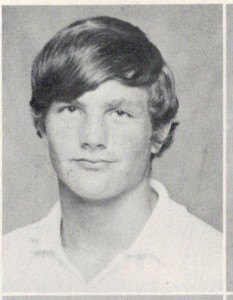 Looking back when I was about 10 or 12 years old I remember one name that was always the subject of conversation between us young ball players, it was James B. Mathews III aka Jimmy. A baseball and football player many of us younger guys had a little hero worship going on when it came to Jimmy. He was a star in every sense of the word a real star player. I use to watch Jimmy hit homeruns at the old Senior Little League field into the parked box cars on the train track across the road from the outfield fence. That was a shot for those of you that don’t remember.

Not only was Jimmy a great athlete he was pretty smart as well. The son of the Great “Lord” Jim Mathews Crisp Counties famous literature teacher, Jimmy had read more books by the time he was 12 than most folks read in a lifetime. That is some serious reading. Along the way he must have read a book on how to hit a baseball because he could sure enough poke one real good. He also got to be pretty efficient at throwing a football and a baseball. He had gotten so good at throwing in fact that by the time he had graduated Crisp County High in 1975, he was an all region, all middle Georgia baseball player and an all star all his life and the list goes on and on. Jimmy got offers to play football in college from Ga Tech and others and he got numerous offers in baseball.

When Jimmy got to Georgia Southern in the fall of 1975, a former Cougar named Curtis Fisher was already there (story coming on him in due time). It was in the Spring of 1976 that Georgia Southern would play Valdosta State and three former Cougars would all be on the same field (see photo included with this story.)

The accolades that Jimmy got while in College are to lengthy so I will only name a few. He traveled to South America playing baseball, he played Summer baseball on a team in Baltimore and won a national title along with teammate Bob Horner. He was a US Independent schools All -American. In 1978 he was drafted by the Atlanta Braves and played minor league ball . After two years in the minors Jimmy returned to college at Georgia Southern and got his BS in Economics in 1980. Jimmy went onto the University of Georgia school of Law and graduated in 1983.

Jimmy moved to Savannah and went to work in the Law Firm of Sonny Siler. The Siler family are the owners of UGA the mascot for the University of Georgia, the most famous of all college mascots. While working at the firm Jimmy was privy to the happenings that would eventually lead to a major motion picture. “Midnight in the Garden of Good and Evil,” is a story that Sonny Siler is an essential character in.

Jimmy moved back to Athens and there he married the former Lynn Bridges of Athens,Ga. the Mathews had three kids Walker, Charles and Mary. They have no grandchildren as yet but are looking forward to the day. Jimmy has always loved sports and mostly baseball. In the 1990’s he coached travel baseball and in 1994 was chosen ABC association Amateur Coach of the year, from a pool of 3500 coaches. In 2004 Jimmy took on another role as a scout for the St. Louis Cardinals and even scouted a local guy by the name of Robert Tyler. Jimmy has gotten two World Series rings as a member of the Cardinals organization and he continues his Law practice at the same time. When asked what is his fondest moment in sports Jimmy replied, “beating Moultrie the number 1 team in Georgia and in the nation in 1974 by a score of 7-0, on a Quarterback sneak.” As often as I ask that question on a players favorite memory, it seems the answer is always eerily similar. Real good athletes always remember the team wins more so than any personal accolades. In all my years in sports that has always been the sign of a real winner.” I have always considered Cordele my home it was a great place to grow up, I love the people there,” said Mathews. Jimmy and Lynn still reside in Athens, ga.