Where Are They Now: Charles Harper

He was raised up in these parts attending Cordele High School and graduated from Crisp County High in 1959. Charles Larry Harper was a stud athlete in school and went onto play college ball and come back home to coach in Crisp County.

I first met Coach Harper in the fall of 1974 when I started school over at AS Clark. I already new who he was because I had older brothers who had  him years before. To say that Coach Harper whipped me more than my Daddy did would be an understatement to say I deserved everyone of them would, well lets just say I should have got more. I was to say the least mischievous.

So “ daddy” Harper made it a point to correct me every time  he got a chance. Coach Harper left Crisp County High to attend Georgia Southwestern College in Americus in the fall of 1959 on a baseball and  track scholarship. Southwestern was a Junior College in them days and stayed two years. He then transferred to Georgia Southern on a Baseball Scholarship and played another year there before a knee injury sidelined him. Coach Harper graduated from Georgia Southern in the Spring of 1963 and immediately found work in Turner County. After spending 1 year in Turner County, Coach Harper was called home to coach in Cordele by then Head Coach Richard Barry and here he would stay for many years. Coach Harper would be utilized as a baseball, basketball and football Coach for many years and also served a stint as Athletic Director. Coach Harper after about 11 years of coaching made the move into Administration and took over as Principal of AS Clark in 1974.

Now you talk about a tough task back in them days the powers that be in Crisp County Schools decided that all boys 5th grade through 8th grade should be housed together at AS Clark and all the girls 5th through 8th would attend Southwestern. Coach Harper had the unenviable task of governing   hundreds upon hundreds of pre- adolescent and adolescent boys. God bless you Coach what a job. Fights and mini gangs were the everyday occurrence. You had to fight or get beat up it was that simple. Coach Harper had to separate the good and the bad and insure fair and equal treatment in the process. Looking back at those years and knowing now what he faced, he did a magnificent job. He and his Assistant Principle Fred Harrell handed out numerous butt whoopings a day to straighten us all out and yes Fred got this butt more than Coach Harper. The truth is all of us boys from them days are better men now because of them whoopins. Thanks!

As time moved on Coach Harper would follow me to High School. He moved there in the fall of 1980 as Assistant Principle to then Principle Bill Sampson. Sometimes I think he followed me to keep beating me because he would do so several more times in high school. You see some people are hard headed. Coach Harper left Cordele in 1982 and moved to Lithia Springs, Ga to serve as Athletic Director and Principle of Douglas County High School. While there he would continue with his own education earning his Masters and 6 year degrees from the University of Georgia. Coach Harper had met and married the former Rita Reed of Smyrna, GA and they have two children Mick and Wendy. As a result they also have 5 grandchildren Bay, Charlee, Seven who is named for Mickey Mantles jersey number, Sadie Jane and Sella Bell. Coach Harper said that “ grand kids are the greatest thing in life.”

All of Coaches kids and spouses are involved in Education and Mick his son just won the 5A State championship in fast pitch softball.. When asked about some of his greatest memories here coached expounded upon the guys from the early 1970’s till around 1973 that he coached. He said,” I grew close to those guys and still enjoy talking to them to this day.” Coach Harper reminisced about the great “Dairy Queen” softball team that he was player manager on in the early to mid 70’s and boy do I remember it well. Coach Harper wanted to make sure that all the people in Crisp know just how much he misses them and Cordele, even though he has enjoyed his new home in Douglas County very much. As I reflect back on those days in 1970 and 1971  not everyone was  as capable of handling the difficult times as we were going through in them days with integration. If not for people like Coach Harper and a few other select administrators it could have been a rough transition, but Crisp County avoided many mishaps because of able body leaders like Coach Harper pulling us forward into the 20th century, Thanks Coach! 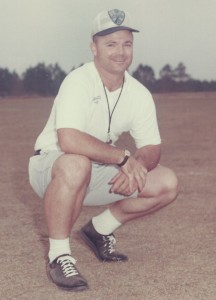 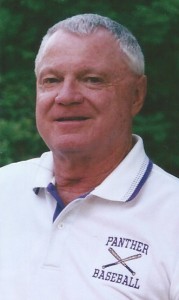 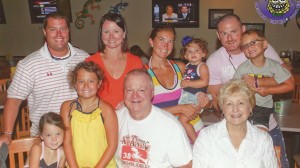 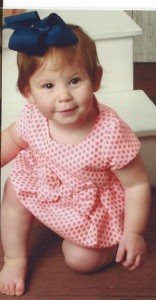