Out with the Old In with new

Starting with the first ever college football playoff championship game on January 12, 2015. The Ohio State Buckeyes defeated the Oregon Ducks 42-20. The Irony of this game was that in 1939 the first ever Basketball National Championship Tournament was played by Oregon and Ohio State with the Ducks winning it 46-33. So all in all college football got off to a great start. Then came the Super Bowl on February 1 where New England beat Seattle 28 to 24. In high school sports. Crisp County High got a new Head Football Coach when former Cougar Shelton Felton was named as the 15th Head Football Coach in Crisp County History. Cougar baseball was about the same as they made another playoff appearance.

The Wilcox County 8 under baseball team won a State Championship. And Jordan Spieth the 22 year old wonder boy won 2 out of three of Golfs majors and came in 2nd in another, only the British Open escaped his grasp. Speaking of Golf an icon in the community the Pine Hills Country Club closed it’s doors  at Christmas and is for sale. I am thinking that many of the old members from the days long gone should come together and see about buying the country club back and making it like it use to be. I don’t know just a thought.

The Crisp Recreation Department had a pretty good year some runner-up titles in football and basketball and a State runner-up title in football. Dooly County Bobcats football made it to the playoffs and faced the eventual state champs in the first round. The Wilcox Girls Varsity Softball team had an incredible year making a very deep run in the playoffs. The University of Georgia fired long time Coach Mark Richt and  hired Kirby Smart from Alabama. The Georgia Tech Yellow Jackets took a nose dive in production winning only 3 football games after an Orange Bowl win in January. I got back into coaching after being absent a few years..

This and much more happened in 2015, oh yeah I had a heart attack and 5 by- passes on my heart during all this . HMMMMMMMM been a busy year. We said good bye to some great people in 2015 to many to name them all but we all know who they are.

In 2016 we have  a huge amount of anticipation. All of Crisp County Sports looks to begin an ascension . I can see Dooly County Bobcats Football going places in the fall. I see an improved Wilcox squad. Crisp Academy appears to be headed to 8 man football and Fullington should be competitive. I am placing the odds on the Wilcox County girls winning the State title in Softball at 6 to 5. Actually I see the entire area having some banner years in sports. Yes 2016 should be a good year for all concerned. Let us be ever mindful  of the blessings we have here in our area and thankful for the chance to enjoy our children in sports. Let us make 2016 a year to remember. 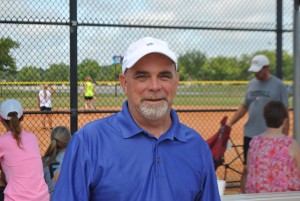