Where are They Now: Patsy Dean Grimsley

Raised in Cordele, Ga. Patsy Dean Grimsley was a sports phenomena. Basketball, Softball, Football and Tennis, it really didn’t matter Patsy could play them all. “I grew up in a neighborhood full of boys so I tucked my hair under a ball cap and romped around with my brother Ricky.”

Patsy would go on to fame at Crisp County High in both Basketball and Tennis. She was a great basketball player known specifically for her great long distance jump shot and if you can be better in another sport well she was an off the charts Tennis player. “ I had never played tennis until one day a neighbor Mrs. Mariam Culpepper asked Mom and Dad could she show me how to play.” ”When we finished I was bursting with enthusiasm, and blabbering on and on about the game.” Tennis took over in the Dean family and soon all were involved in it and Mrs. Dean would be the biggest fan.

Patsy wasn’t just a great athlete she was a great student and very smart. In high school besides being a MVP and Best Offensive Player Award winner in Basketball, she was also the Region 1 AAA Tennis Singles champion three years in a row and was State Runner up in AAA  three years in a row. Let me say that to be from Cordele and to achieve such success in Tennis in that era well words can’t describe that accomplishment. Patsy places a lot of emphasis on her great coaches Greg Hunt in Tennis and Frank Smith in Basketball. “Patsy is the most unforgettable character I have ever been around as a coach, teacher and fellow educator.” “Her determination when playing set her apart from all others, it is unmatched,” said Greg Hunt. Patsy lost three matches in all of her high school tennis play, all three where in the State Championship against girls who had been polished tennis players. “She beat many players that were better tennis players simply because she could out play anyone,” Hunt lamented.

Patsy would earn a partial scholarship for her efforts in basketball and tennis. In 1973 when she graduated Crisp County High it was something rare for a girl to get extra money for school. Patsy went to Tift College in Forsyth, Ga. where she would be a 4  year starter in basketball and their number 1 singles player as well. Patsy would routinely play against division 1 schools like Georgia and she would go onto get her degree a B.S. in Elementary Education in 1977. Patsy earned MVP honors in her last three years at Tift College in Basketball and Tennis. She had many accolades including her jersey # 21 being retired at Tift College. I am pretty certain that by now most can see that not many athletes male or female could out perform Patsy. She could have turned pro after college and with the right coaching made a very good run at it, I mean who really knows. However, Patsy was by now a young teacher in the Crisp County School System and she also had a future here. Patsy got her Masters of Education from Georgia Southwestern, Specialist in Education also from Southwestern and Education Administration and Supervision from Valdosta State. She worked as a teacher, Instructional Program Facilitator, Assistant Principle and finally Principle of Blackshear Trail School where she retired in 2007.

Patsy   married   Jeff Grimsley of Cordele in 1980 and they have one daughter Casie who is married to Cote Jones and they both teach in Hawkinsville. Patsy and Jeff have one grand  daughter  Rylee, that is the light of their world. Patsy as I have said has really to many accolades to name them all ,Georgia Recreation and Parks Association State Singles champion in 1972, the 1984 Teacher of the Year. One might say that Patsy is a very humble lady who actually walks the walk and talks the talk of a true God Pleasing Christian. ”All honor, praise and glory belong to him,” said Patsy.

“I owe a great deal to my coaches Greg Hunt and Frank Smith and many others that shined a light on me,” Nowadays Patsy spends her spare time writing books loving her family and that grand baby, doing videography for channel 51 and serving and worshipping  her savior the lord Jesus Christ. In the end when the final chapter is written let it say that Patsy Dean Grimsley was the Queen of two Courts. So let it be written, so let it be done. 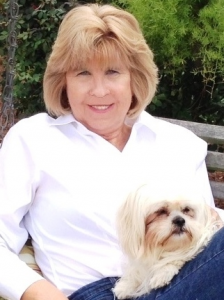 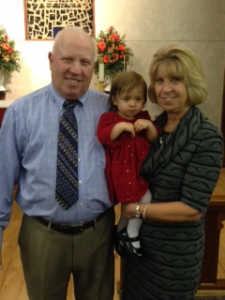 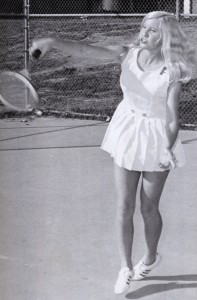