The Baby Cougars may have lost the Deep South Conference title game but one thing is for sure the High school will be getting some quality, coachable kids headed their way next year.

Boys Head Coach Horace Clark described his 6 and 6 squad as a “ hard working group that faced some adversity and plowed on through it.”” The boys never laid down and always fought, they showed me a lot of character.” Entering the Championship game as the #2 seed facing #1 Americus the Baby Cougars could never get the little Panthers off their back and consequently lost to Americus 70-34. The Deep South Conference consists of Macon County, Americus, Crisp County, Worth County and Fitzgerald. On the night the Cougars were led on offense by Ty McKenzie with 12 points and Willie Poole chipped in 9 more. The defense was led by Jy-Nick Mainor.

The little lady Cougars went 11-3 on the year and made it to the conference title game as the number 1 seed. However, one bad game got away from them and so did the championship. “The girls are a very talented group and a very large group of 8th graders will be heading to the high school next year,” said Head Coach Brittany Robbins.” They have huge potential and I am very proud of the hard work they put in this year.” Jelissa Reese led the way on offense with 18 and Aaliyah Hardemon added another 7 for the Cougarettes. Ziona Hill and Riley Blampied stood out on defense. 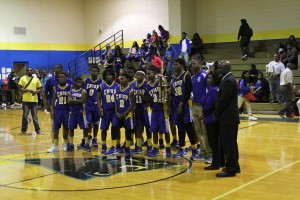 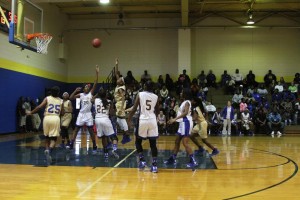