The Wildcats have struggled this year in all phases of the game given their youth and inability to play inside due to their size and strength. However, the young Wildcats do have some shooters and at times play excellent defense. Sporadic as they maybe the Cats  have shown a great deal of futuristic promises.

Senior leadership is left squarely on the shoulders of Drew Flanders. “We are young and with a young team comes a long learning curve,” said Head Coach George Kennedy. “The boys have worked hard all year and continue to improve we have a shot at the playoffs now if we continue to get better as we have.” Last years Freshman leading scorer Bobby Ray Mitchell is again leading the team in scoring this year as well. Only this time around Sophomore Ravi Patel has started pumping in some points from all areas of the court. Freshman Cooper Folds has stepped in along with Freshman Griffin Gravitt to give the Wildcats some ball handlers and a future. Sophomore Landon Jacobs and Aaron Titshaw have continued their improvement to help give  the Wildcats a shot at playoffs. Several Freshmen Trey Williams, Gage Little, Nathan Willis continue to add stability off the bench. With just one Senior the future is very bright for Crisp Academy.

This year’s edition of the Lady Wildcats is poised to make another run at a State Title. Boasting an 18-3 mark so far this year the Ladies are playing stellar defense and are making every shot count. Given the fact that Crisp Academy won 4 State titles in a row then last year beat the state champs 3 times in the same year but didn’t make the finals and add on to that the Lady Wildcats have not lost a region game in 6 years which is about 60 games without a loss. The ladies 3 losses this year came at the hands of AAA teams and even those games were very close.

The Lady Wildcats are in great position to make a State title run.

“The girls have gotten better and better all year and eliminated all the early turnovers, their hard work is paying off,” said Head Coach Gina Mitchell.

With Senior Parker Krause serving as Point Guard and Senior Sidney Folsom at Forward the offense is starting to click. Junior Sydney Wells pumps in points with a smooth jump shot and sophomore Kaylee Moore has really came on this year as a shooter as well.

Margaret Mcgarr serves as the other forward on the team and Josie Wessel runs the Post position. The bench has been strong all year for the ladies with Mary Claire McGarr at center and Amanda Smith at Guard followed by Maddie Milani, Taylor Milani and Olivia Folds adding some bench support. 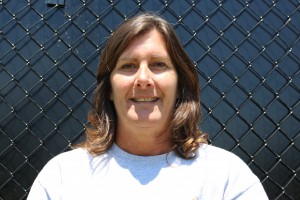 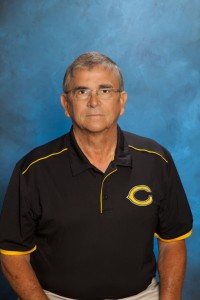