Where are they Now: Frank Smith 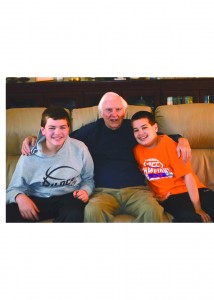 Raised just down the road in Irwin County Coach Frank Smith was a very successful  basketball Coach here in Crisp County. Coach also taught Math and sciences here as well. He was such a great teacher that he was chosen 4 times as Star Teacher 2 times in Crisp and 2 times in Schley County . His son Billy  was also the Crisp County and State of Georgia Star Student in 1978. .

Coach Smith came to Cordele in the fall of 1968 as a teacher and girls basketball coach. Coach Smith was a 1953 graduate of the newly consolidated Irwin County High School. Having played baseball and Basketball at Irwinville High, Coach had played on a basketball team that had won 80 straight games. So when he transferred into the new High school he knew something about winning. Coach first attended college down at South Georgia College in Douglas for two years then transferred to the Georgia Teachers College in Statesboro now known as Georgia Southern University.

After graduating from Southern in 1957 he migrated over to Schley County High in Ellaville as a teacher and coach. Coach Smith then came to Cordele and here is where our story begins. Having married  and raising  3 children ( Billy, Tony and LeAnne) Coach Smith ended up coaching both boys and girls basketball teams. The girls from  1968 till 1975 and the boys from 1973 till 1978. Coach ended his tenure as a basketball coach here with a 143 and 143 record. It was during this time Crisp County had some of their best basketball seasons, the girls in 1971 through 1973 and the boys in 1975 through 1977. Twice hitting winning percentages over .700.

After they lost out in State play in 1977 to Lagrange. Coach Smith would coach one more year in Cordele before moving on. “He taught me in math and he was a great math teacher and I also played basketball for him. and he was great at that as well.” “ I remember His practices were well organized and I never  really appreciated his way of doing things till I got in the business and now I understand just how right he was,” said former Cougar now Dooly Head Coach Jimmy Hughes. “I am so fortunate to have had Coach Smith during my four varsity years at CCHS. He was one tough basketball coach who expected only your best on the court. His clipboard slams still resound but with it are the fondest memories and sincere appreciation for all he taught me as a player. Even though, Coach Smith could certainly humble you with his intense scolding and look, at the right times off court, he’d crack a smile and convey that he genuinely cared about us and our families. I have the upmost respect and appreciation for him. I hope that when he reads this article, he will know what an impact he made on me– that what he taught me I didn’t take for granted, but used it to be a better athlete–a better person. I’m grateful, Coach..” Said Patsy Dean Grimsley.

After leaving Cordele Coach Smith went to Stockbridge for 6 years, 4 as a coach and finally retired from coaching. From Stockbridge he would migrate to Norcross, Ga . where he would teach 5 more years and retire from teaching in 1989. In all Coach Smith Taught 31 years and coached 24. Coach Frank has spent his retirement  trying new things like building his own home and he enjoys growing his own food in his garden. After a lengthy stay in Orange Beach , Ala. Coach Smith and his significant other of 18 years  Helen  Ericson have moved to Winder, Ga.  for the last 5 years. Coach also maintains a place on the Alabama side of Lake Eufala. Coach Smith wanted me to convey his love and appreciation of his former home here in Cordele and also to give out his email should any former colleagues or players wish to make contact. handifranki@yahoo.com  Now days as coach approaches his 80th birthday he enjoys his time with his 7 grand children, following the Georgia Bulldogs and growing his own food. Coach Smith   was a winner on and off the court. In basketball he believed in preparation and execution to get the job done. In the class room he also believed practice made perfect, so he gave you a homework assignment. He Must have gotten through to a great many students because 4 star teacher awards tells me kids were listening. 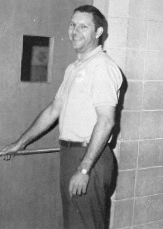 Bridging the gap between kids and cops