Where are they now: Robert Morgan

A few years ago a kid named Robert Joel Morgan patrolled the area between 2nd and 3rd base at Cougar Den. After many years of playing high school, college and some pro baseball Robert moved into the coaching ranks.

Coach Morgan graduated Crisp County High in 2001 as a standout player in baseball, football and golf. It was his skill and enthusiasm in baseball however, that would garner him the most accolades. After a great career at Crisp County High in which he was named All-State. Robert would accept a scholarship to South Georgia  College in Douglas. While at South Georgia Robert was a 1st team Georgia Junior College all region and all conference  selection in 2002 and 2003. He was selected as a MVP and Best hitter both years at South Georgia. From South Georgia College Robert made a short trip down to Valdosta to play for the Blazers and there he made history. The awards and honors are really off the chart so I will just name some. 2013 Valdosta State Athletic Hall of Fame Inductee,  member of the Gulf South Conference all-decade team for the 2000-2010 decade. 2004 Gulf conference Player of the Year and First Team ABCA All American. In 2004 and 2005 Coach Morgan was the MVP for Valdosta State and Best Hitter. School records .436 batting average, 32 doubles( also Division II record), 172 total bases, 31 game hitting streak and 49 extra base hits.

Coach Morgan graduated from Valdosta State with a Bachelors of General Studies and in 2008 he received his Masters of Science, Sport Management from Barry University, in Miami Shores, Fl.

After coaching at Valdosta State in 2006, Robert would go North to Pennsylvania to play professionally for the Washington Wild-Things. They would win a record 63 games that year and become the Frontier League East Division Champions. Coach Morgan then headed South to Barry University as a graduate assistant coaching hitters. After a stint in South Florida Coach Morgan headed up to Georgia Southwestern as an Assistant  Coach teaching hitting and infield and helping GSW reach its first national ranking in any sport as an NCAA member institution.  During Coach Morgan’s transition phases from player to coach at several educational institutions. He coached travel ball teams such Chain Baseball  and Team Elite in the years of 2010 to 2015.  For those of you unfamiliar with these organizations these are superior skill level teams that play at the highest level in their age groups and these teams win in big contest. Coach Morgan became Head Coach at ABAC in Tifton in 2014 and carried them to their first playoff appearance in 5 years. Other jobs in the coaching business that have fallen on the shoulders of Robert include recruiting coordinator and field maintenance, which paid off for him in 2015 as Cook County won the coveted title of best field in Georgia. Several times in Coach Morgan’s career he has posted the best or second best records at every school he has been at which of course is the sign of a winner.
“When I first started coaching Robert, I soon discovered that he  was a natural leader and coach on the field, a great player no doubt but his ability to get his teammates attention and them listen to and react positively to his instruction are not something you see very often, “said Mike Hardy former Crisp County High Head Baseball Coach.” “Players like him make coaching easy.” In all aspects of the game whether it be playing your position to the best it can be played or uplifting and helping your teammates, or leading by example, there was no part that Robert ever failed at from Little League to playing with the pros in Pennsylvania. A favorite quote of Roberts comes from the Book of Luke  “From everyone who has been given much, much will be demanded; and from the one who has been entrusted with much, much more will be asked. “At the present time Robert has no wife and children and I am certain if he puts the same enthusiasm into that as he has baseball he will be very successful. So here is yet another example of successful people in the sports arena coming out of our neck of the woods. However, Robert is still a rather young man so it will be interesting to see how far he will go. I know the future certainly looks bright. 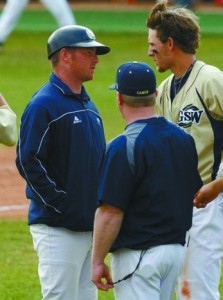 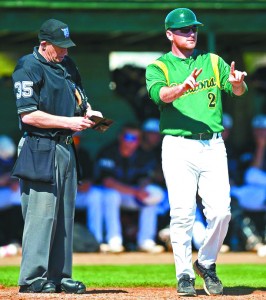 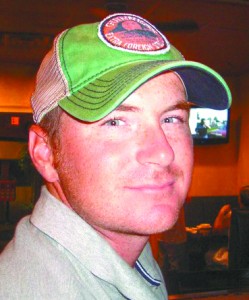 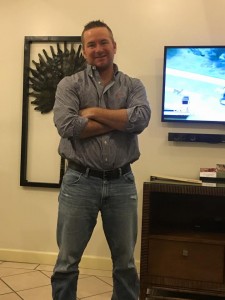