Where are They Now: 1961 State Champs

In the same year that the “Great”  Roger Maris hit the historic “61” homeruns to beat   Babe Ruth’s single season homerun record. Another record was being set down south in Cordele, Ga.

In the nearly 60 years of Crisp County Sports only one time has any of our sports teams won a State Title.

We have come real close a number of times. I can name off a dozen  shoulda, coulda   woulda opportunities for the Rebels and the Cougars but only one time did all the stars align just right. The Rebels that year were loaded with talent as the number of scholarships offered and teammates that played in college were 9. The Head Coach George McLeod was an ex-pro player and as one former player  “Fireball Frank” Horne said, “I was surprised how we ran through the playoffs.”

The Rebels that year had to beat Tifton in a best 2 out of 3 series to win the region. Crisp County while en-route to the State title had to play in a very large region that was spread over a great distance and also into sub-divisions.. Playing teams as far away as Wayne County, the Rebels ended up beating Tifton 7-3 then losing 2-1 and then bouncing back with 21-1 thrashing of Tifton. The Rebels then headed North to Thomaston to play in the State Championship Tournament. Newnan, Chamblee, Dalton and Crisp County all converge in the championships. Dalton drew Newnan and dispatched them to set up a match with the Crisp County- Chamblee winner. The Rebels beat Chamblee 12-5 to make it to the title game. Crisp faced off against Dalton and whooped them 9-0 behind the stellar pitching from Monroe Hunt. Hunt had already pitched in the Chamblee game two days earlier a 12-5 win. Next up was Loyce Harpe who had pitched two innings into the title game when the rain started. Even though Crisp County was ahead the game was called and played the next day in its entirety. Hunt got the call again to toe the rubber and he pitched a shutout. It is worth noting that most of these players on this team were also members of the 1956 State of Georgia Little League championship team and that will be another story as well. Then 5 years later they were kings of the Diamond in high school baseball.  Though some of the players and the Coach are now deceased many of those old teammates still remember with great fondness those days long ago.

Almost without deviation as though it were rehearsed but I know that it wasn’t, when you ask any of the players from around the area Zach Wade, Monroe Hunt, James Farrow, Frank Horne and Stan “the Man” Sumner their favorite memories it is always about “their Team”. One says this player was great at this and that player was great at that and he could do this and our coach knew this and that. Not once in the hours that I have spent interviewing these men has one ever dumped accolades on himself it has always been on his teammates and their abilities. After coaching 30 years of ball I can tell you that is why they were State Champs., it is one word SELFLESS. All of these men now in their early 70’s were really all about the team!

In those days there wasn’t any play station, nor Atari for entertainment people went to ball games and the folks around here traveled with them. For one small moment in time the community of Crisp County loved their team. In a way it reminds me of the movie “ Hoosiers” with Gene Hackman only difference was that was basketball. In the hopes that I do not leave anyone from that great team off, here we go. Johnny Maddox, Fred Dent, Frank Horne, Robert Garren  (Deceased ),Jack Deavours, “Steady” Eddie Person (Deceased), Byron Sanders, Loyce Harpe(Deceased), Tom Upton, Zach Wade, Monroe Hunt,  Stan “the man” Sumner, Kenny Spradley, James Farrow, Tommy” Mutt” Sheffield and Barney Harpe ( Deceased). The Athletics at Crisp County is headed in the right direction and maybe one day when I am 90, I will be able to look back and remember some more State titles in some of our sports. I certainly hope so but until that day comes I guess I will have to do like everyone else and try to remember the 1961 Crisp County Rebels. 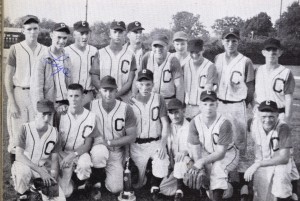 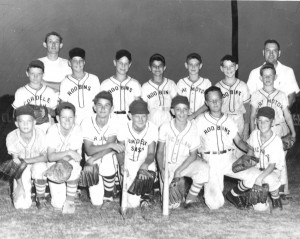 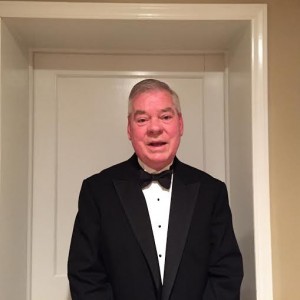