Where are they now: Ricky Phillips

In the hay day of Cougar football when Crisp County went undefeated in the regular season of 1980. One of the main reasons was a man named Ricky L. Phillips.

Ricky played tackle for the Crisp County Cougars in the Glory days of 1979 through 1981. On what was arguably the best offensive line ever in Crisp  County. Not only was Ricky a great lineman but he was also a scholar athlete. Come to think of it all the guys on that offensive line were pretty smart and at least two more were scholar athletes. I suppose that the complicated blocking schemes of traps and such that the coaches ran back then were the result of having a big offensive line with some really smart dudes on it.

Ricky first started playing football at 13 in the 7th grade and in his 6th year of playing came the culmination of years of hard work paying off as Ricky would lead an offensive line that made the Crisp County Cougars great. It is not very often that offensive lineman receive many accolades. Unlike the Quarterbacks, receivers and running backs, offensive lineman usually get zero public recognition. Given the fact that you can’t play a game without them and you certainly can’t win if they play poorly, lineman are the true unsung heroes of the game and Ricky was a “giant” in his day. As with most offensive lines size and weight are a big factor and Ricky was a big boy, well he was back in our day. Standing 6’2 240lbs with quick feet, strong and very smart Ricky was what most colleges dream of for an offensive lineman. That is why he was selected as  an  All-state selection his senior year and also chosen to play in the North/South All star game along side teammate Melvin Dean.

For all his hard work and accomplishments Ricky was awarded a full scholarship to Tennessee Tech in Cookeville ,Tenn. That after turning down an offer from the US Air Force Academy and a sponsorship from Senator Sam Nunn. The neat thing about going to Tech was his teammate Michael “Honey Bee” Findlay was going their as well. Ricky spent 4 years at Tennessee Tech and graduated with a BA in Business Management went to work with the Kroger Company in their Management program and in January celebrated his 30th year anniversary with them.

Ricky met and married his wife the former Donna Burgett of Winchester,Tn and they have one son Peyton who is 12 and active in football, baseball, soccer and basketball. The Phillips now make their home in Priceville, Alabama.

“I often think back to those times under Coach Henry and fellow coaches at Crisp County High School and the great time I had there.” ”Those times helped develop me into the person I am today.”” I would tell anyone experiencing High School or College to thoroughly enjoy the experience because it all goes by too quickly, as life goes on,” said Ricky. From the night in Atlanta against Woodward Academy to the birth of his son Peyton who “keeps him busy during non working hours” Ricky has certainly come full circle. As are most of us that played on that team the lessons learned about life and the experiences and friendships that came out of it have culminated into great memories we shall never forget. Thanks Ricky for being a part of something that is bigger than ourselves. You are a part of Cougar lore. Remember “once a Cougar always a Cougar.” 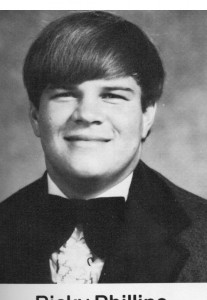 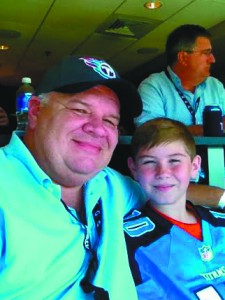 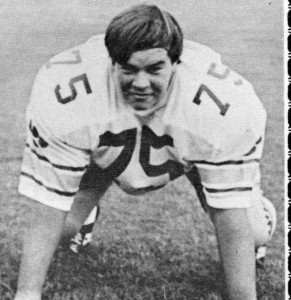 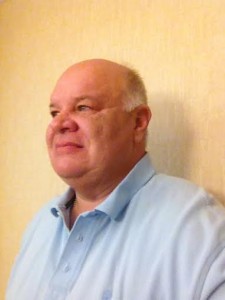