Where are they now: Edward Addie

In  the fall of 1970 I met a kid named Edward Addie. It was 1st grade. We have been friends ever since. That he could play ball became apparent very quick.

Always an all-star Edward really began to shine as we got into high school. By the time we were in the 10th grade he was already a star with his speed, height and athleticism and the future was looking bright for Edward. A ladies man is what many would call Edward back in the day, “the Casanova kid the duan Juan of Crisp County. Edward had personality and charisma and he was very athletic. In football he was a corner back a lock down cover man. In Basketball he was a forward and could control the paint and in track well his job was to run. Edward could pretty much do it all.

It was in football in the “Glory” days of Cougar football 79-81 that Edward played and I always remember feeling Edward is back there everything is going to be all right.

Most of the kids from our day already know a lot of this but alas there is more to tell. In our 4th grade year Edward and his mother and sister were involved in a horrific accident that claim the life of his sister and seriously injured his mother. His mother bounced back for a while but finally succumb to her injuries when we were in the 7th grade. Now for the most part Edward was alone he went to live with his grandmother but that was not working out. It was at this time that our very old friend and classmate Bruce Davis mother decided to take Edward into live with them. Mrs. Davis who had five kids of her own fed and clothed Edward for many years to come. One thing about those days was that there really weren’t many things to do in Cordele. You either played ball, worked or got in trouble. Well Edward played ball but one day while hanging with the wrong crowd, Edward got in some trouble he was 15 years old and facing down the barrel of a shotgun held by a Deputy Sheriff. Wrong place wrong time sometimes can get you in a mess. A short while later Edward is walking through the old Courthouse scared to death about his future, when a door opened and out stepped the Honorable Mallon Faircloth Judge of Superior Court of the District and also Edwards’s old Recreation Department football Coach. That was a lucky day for Edward because the man with the Authority knew the character of the boy in trouble and he offered him the “olive Branch” a chance..” He saved my life that day”, said Edward. I promised if he gave me a chance I would never be back. That has been 37 years ago and Edward has never been back. Edward really had not done anything but guilt by association is real thing.

After that moment Edward went onto star as an athlete for Coach Henry’s football team and Coach Peeple’s basketball team, but he always loved baseball. As a result of his athleticism. Edward earned a scholarship to Tennessee State. After spending his first fall their, Edward knew  he didn’t want to play football anymore, so he dropped out of school and joined the Army. Edward made the all Army basketball team. Two years later Edward would be back in College ,“thanks to the Army “ and down in Daytona playing College basketball on scholarship. Edward graduated with a  Bachelors in Marketing and began a career in banking with Bank of America. After a few years in Florida, Dallas, Texas and Ohio, Edward transferred to North Carolina.

Arriving in Charlotte where he knew absolutely nobody Edward started the Queen City Athletic Association in Charlotte. This is where Edwards’s passion and job mingle. After five years of training kids in youth basketball and conducting tournaments all over North Carolina, Edward retired from banking and became a full time AAU basketball tournament director. Now after 11 years in the job.  Edwards’s teams have won the AAU National Championship in Las Vegas and three state titles in North Carolina and he has been named Coach of the year in the High school bracket. Edward enjoys reading, youth sports watching the Atlanta Braves, traveling and music. He has three sons Shannon, Kenyon and Adrian. His greatest memory though was defeating Tift County High in the fall of 1979 when they were Number 1.” Edward is the quintessential example of a role model for all of us’” said Bruce Davis long time friend and former teammate. Motivational Speaker, coach, father, brother teammate and friend the list goes on and on, Edward has now come full circle in life. He is living the dream doing exactly what he loves. Raising his 10 year old son and being the kind of man and friend we all knew so many years ago. So when the Book is written on Cougar lore, let it be written in chapter “21” ( his football number) that there was a guy named Edward Addie aka SUPERSTAR!!!! 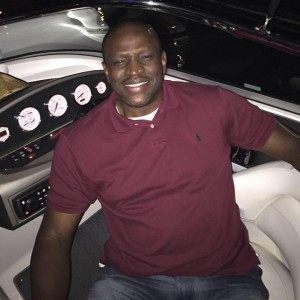 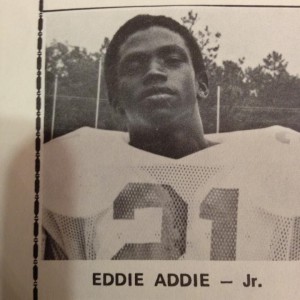 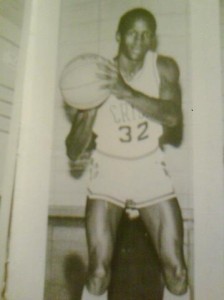