Adkins Doing Just Fine in his last Year of College

In 2015 Led team with 29 appearances, making a pair of starts … Put together a 5-1 record with a 2.97 earned run average over 66.2 innings of work … Struck out 62 batters, holding opponents to a .233 batting average … Picked up first win with six strikeouts over 4.1 innings against Berea (March 1) … Fanned three more against Madonna (March 5) and added six over 7.2 innings versus Campbellsville (March 11) … Surrendered one run over seven innings with nine strikeouts against St. Thomas in the NAIA Opening Round (May 13). Prior to joining Gwinnett Davis attended Darton State College and Crisp County High School ..There he earned all-conference honors both seasons for DSC and Posted an earned run average of 0.58 as a freshman, which ranked first in the country . He. Put together a career ERA of 0.91 at CCHS, earning all-region accolades as a junior and senior   So far this year Davis has made 12 appearances going 29 innings. He has 5 wins no losses and 3 saves  so far. Opposing teams are batting a pitiful .192 against him and his ERA is 1.24. Davis also has 42 strikeouts in 29 innings. Davis  is the son of Keith Adkins and Melinda Adkins. 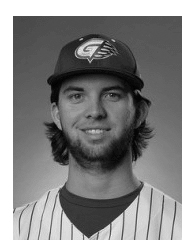