Where are they NOW: SANDRA FELTON

When I was in high school occasionally at PE I would play one on one sometimes against a girl. Her name was Sandra Denise Felton and that was a bad mistake on my part it wasn’t even close. Forget the fact that I can’t shoot, I am a man and I should be able to compete  a little just as Bobby Riggs did against Billie Jean King , nope, nadda negatory, no way, I got schooled badly.

You see Sandra was a real player. Sandra Felton was a Parade All-American, the all Middle Georgia Player of the Year, played on the Georgia All-star team. She was all region, all state, the accolades are numerous.  Sandra would also join an elite group of people that have had their Jersey number retired from Crisp County High.

The bottom line is that Sandra was a phenomenal  athlete scoring 1573 points in her 4 year high school career.  In her senior year of high school Sandra averaged 27.58 points per game.. After graduating from Crisp County High in 1981, Sandra accepted a Scholarship from Louisiana Tech University, which at the time was one of the premier Lady’s Basketball programs in the USA. Sandra would be apart of a National Title there. Sandra transferred to Georgia Southwestern College in Americus to get closer to home. There she would lead the Hurricanes to a final four and national ranking.

Sandra would also gather in two MVP awards to go along with her laundry list of achievements. ‘ She was the best pure athlete I ever coached, she made your job easy,” said former Head Coach Jeff McCord.” She had a great work ethic,” McCord further lamented. Considering the talent he has had on his teams that is really saying something. When asked her greatest sports memories, pne might  think of her national title run, or her MVP awards NO! Sandra replied, “ I dreamed of being able to shoot like Risa Turton and and jump and rebound like Emma Mumphery her old teammates.” Since Sandra played on a national championship team her admiration for those who led the way before her, goes to show the type of player and person she is. Crisp County  girls basketball has had some truly great players. The above mentioned 3  all  played at one time on the same team whewww!!! Plus many more great players over the last 60 years. After 4 years of a fantastic  college career Sandra retired from playing basketball. Now days Sandra resides in Cordele works for the Georgia Department of Corrections and is the mother of 5 children Eddie Nixon Jr., Carla Nixon, Brittany Felton, Ebony Felton and Jazmine Felton. She has 6 grand children that are the apple of her eye and they are Dekevion Nixon, Demari Nixon, D’Kobi Nixon, Jordyn Nixon, Essence Felton and Michael Tapp.

In her own unique and very humble way, Sandra made herself into a legend at Crisp County High School. So in the “Book of Cougars” add another chapter and just title it “ Great one”. 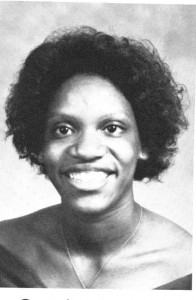 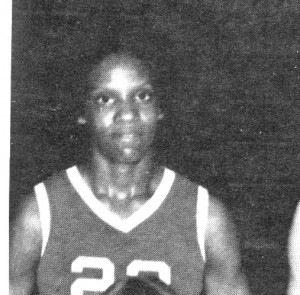 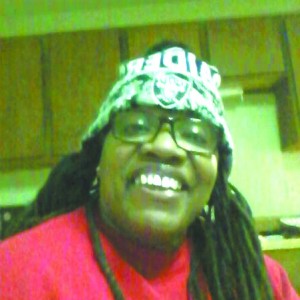