Where are They Now: Bobby Brown

“Off the Top Rope”

In an ERA when people didn’t lift weights very often Bobby Joe Brown was a stallion. In his senior year of 1969 the stud of Crisp County High bench pressed 505 lbs. Yes others have reached that milestone but at 5’9 inches tall and about 235 lbs back in them days, that wasn’t heard of. With Two older brothers Stuard and Billy, there was virtually no chance that Bobby wasn’t going to be tough and tough he was all that and more.

Bobby stood out on a team with many stars like The “Great” William Goose Forehand( UGA) and Proctor Allen who went onto play at Georgia Tech. Bobby played nose man/ linebacker and offensive line. “ I love Bobby Brown, he was the most tenacious and vicious hitter and player I ever saw,” said Goose Forehand. “ I remember talking the coach out of making me run against him in practice by saying do you have another tailback, because he is going to break me,” Forehand said with a laugh, “he was just an awesome teammate, friend and competitor.” Bobby would garner All-Region status as a senior. He was also  a 4-year letterman and received a lot of attention from schools like Alabama, Georgia, Florida and FSU. Bobby signed a scholarship to play football at Livingston University in Livingston, Alabama, which is now known as The University of West Alabama. In 1969 it was breeding and development school for football players for “Bear” Bryant at Alabama. After two years there Bobby’s father got sick and he came home and went to work and then joined the Marine Corps. Unfortunately  after a few weeks he was given a medical discharge due to blood pressure issues. Then Bobby would return home and spend 11 years at Pepsi Cola Company and during this time he would begin his training for his new career in Professional Wrestling. Now having met and married the love of his life the former Linda Vickers of Albany, Ga. Bobby was a family man in a not so family oriented business. Countless wrestlers that we have all heard of have had numerous marriages.

However, Bobby endured the hardships of being a family man in professional wrestling. Bobby’s only child Bradley was born during this time and being with him and the travel demands of Professional Wrestling would strain anybody. Bobby met his long time partner Dale Veasey of Albany and the two would have more than a decade long run together. Traveling down to Puerto Rico and Trinidad and all through the Caribbean and across the country Bobby wrestled and appeared on the card with names like Dusty Rhodes, Hulk Hogan, Rick Flair, Tony Atlas, the Ultimate Warrior just to name a few. Bobby suffered numerous painful injuries throughout his 12 year run in pro wrestling, torn muscles and ligaments, bones, teeth and concussions just to name a few. When asked his most special moments in sports Bobby said “playing football for Mickey Andrews the former long time Defensive Coordinator for Florida State and a great motivator” and the night he and his partner Dale “ won  the World Wresting tag team Championship in Trinidad as a tag team”,  “ The Hunters”.” I really enjoyed my time in Wrestling I got to live a dream that many will never know, though I missed going to Madison Square Gardens it was really fantastic ride,” said Brown. “ I am truly thankful and blessed to have had the support of my wife and family in achieving my goals. Over the years since Bobby left wrestling  he has owned a couple of different gyms and a saloon back in the day. For the last 8 years Bobby has worked for Gary Watson at the VP Food Store. His favorite moments these days are going to softball games and watching his granddaughters  Abbi Gail and Ava play ball and he still enjoys lifting weights.

Being the Wrestling fan that I am and having known Bobby all these years, let me say that it was just awesome to have a real WCW Wrestler from Cordele. I use to love these wrestling moves.The DDT, Knee lift, arm bar take down, the figure four and one of my all time favorite moves was the “Heart Punch”. Thanks Bobby you brought back lots of good childhood memories.

So as this very long book is written on the great players of Crisp County history make sure that you read chapter “69” which should be titled Big Bad Bobby Brown. 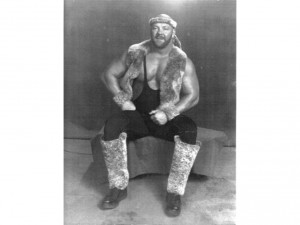 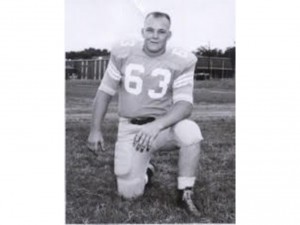 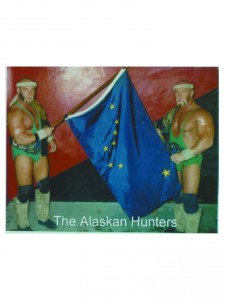 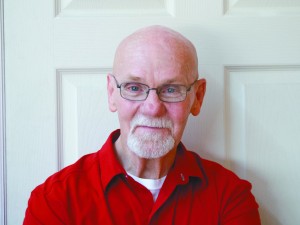