My Family are Fanatics

This past weekend was family reunion time here in South Georgia. The Wright Clan assembled on more than one occasion over the weekend. Of course on Sunday at Midway Church we met with many cousins as we have for, oh I don’t know 100 years I guess.  We started off on Friday at brother Richards house eating his turkey and Debbie Jeans big catfish and it was good. The festivities really began however on Saturday at my niece Alissa’s house where we all enjoyed a low country boil and a Bocce Tournament. Now this might seem like just good old family fun but many of us Wright’s is what you might call slightly over competitive. Now not me but I have brothers a sister, sons and daughters, nieces and nephews and in laws and out laws that want to step on the throat of competition and move on, just “Vicious”.

As I tried to keep the game at a peaceful minimum. I was suffering from an injury as many will attest and my Nephew Adam won the tournament defeating his dad in short order. Before the contest the rankings had Adam at 5000 to 1 odds so his victory was none the less unforeseen, one might say “shocking”  I was almost even odds at 4:5. My son Matt a 3-time winner was 3 to 1. My brother Buddy who also defied all logic and played and lost in the championship was 12,500 to 1. Well obviously Buddy and Adam were favored by the almighty on Sunday or they would never had gotten that far. Again I was injured, but alas I don’t really care I’m just having fun. Now it really was a fun time and “Miss Coach” was also there entertaining the masses as only she can. In July I travel to Tennessee to my mothers hometown and another reunion and yes we have a Bocce tournament, well it should be fun. 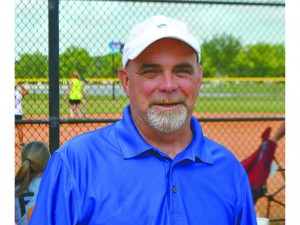