On Friday afternoon the Crisp Academy Wildcats went down swinging in doubleheader action against the Windsor Knights of Macon. The Wildcats dropped the decisions 6-2 and 11-8.

In both games the Wildcats dug themselves into a hole by missing balls and giving runs to Windsor. The Cats continued to battle in game one with William Purvis on the mound and when they stopped missing balls Windsor stopped scoring. Purvis, William Bodrey and Griffin Gravitt all collected a hit for the Cats. In the 2 game series Bodrey actually reached base 6 out of his 7 appearances. “ I was proud the boys didn’t just roll over but instead continued to fight,” said Head Coach Chuck Hester.

In game two action the Big Cats jumped out to an early 2-0 lead and got themselves out of some early jams with good pitching from William Bodrey and solid defense. Although some errors would finally come their way and produce runs for Windsor, the Cats continued a good fight. They were led at the plate by Zach Pate with 3 hits, the Cats also got 3 RBI’s from the 2 homeruns that William Purvis blasted in game two action. The first homerun ringing the side of the gymnasium with a resounding blang noise!!!!

“I am not unhappy,” said Hester “ we lost and though we are losing a great kid in Jackson Gambrell to graduation we got everyone coming back next year.” “ I came here in November and these kids didn’t have much time to get to know me but they did everything I asked and I am very excited about our future.”

The Wildcats also landed number players on the all region team. William Bodrey, William Purvis, Garret Holt, Aaron Titshaw, Devin Howard and Jackson Gambrell all made the region team. In summation the Crisp Academy Wildcats finished the season with a region championship and an elite 8 finish. 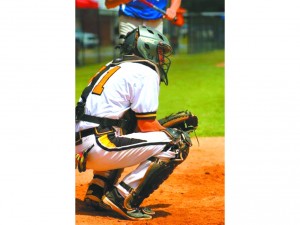 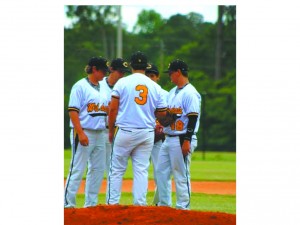 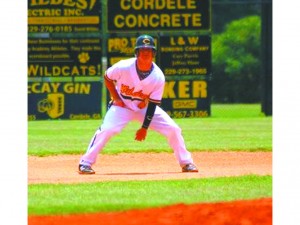 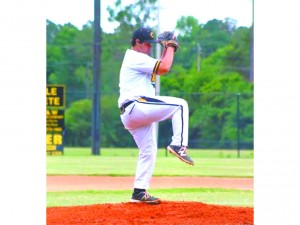