Where Are they Now: John Hughes

It was about 44 years ago when I first met John Phillip Hughes. He talked more than I did which was hard to do. We played against each other in single a baseball. He was on the Braves and I was on the Tigers. The Braves were undefeated that year and we had to make an all-star team out of all the other teams just to beat them 7-4. I hit a homerun that game, my very first.

That fall John and I would be going to school together for the first time at A.S. Clark. If I had about fifty pages I could tell a long, funny story starting right here, but since column inches are money I will just say we became instant friends. John, like I said, was just like me and he loved to talk and ” jank”. Now many out there are saying what in the world is a “ jank.” I am pretty certain that Crisp Countians invented the term. I will attempt a definition. To “Jank” is to cut someone down by use of words in such a manner as to make everyone laugh at them and laugh in general; said statements may or may not be true and are usually not meant to be harmful only funny. HMMMMMMM that’s pretty close!! Well John and I were very good at “janking” I mean we had contests sometimes in the middle of class and yes we could get very brutal and yes we got in a lot of trouble and very often we got our butts beat for disrupting class.

All through these years we both played ball year round just depending on what season it was. John however, also played golf and as the years went by he got very proficient at it. John was one of four brothers; Jimmy, Ray, John and Tracy, the sons of Lamar and Glenda Hughes. Sometimes I say I was raised a Hughes, well not really but I have eaten a many a meal in that house.

This brings me to our high school days. John was our wide receiver and also our back up quarterback. I vividly remember in practices that Bruce McFarland, who was our starting all state QB   was always wearing his red practice jersey, which meant, “STOP” according to Coach Henry. Those of us on defense didn’t like that so every chance we got to punish Bruce we did and we eased up on John when he was running the offense. You know that is still funny till this day. Maybe not to Bruce but everyone else gets a kick out of it.

In the fall of 1981 the “greatest” season in Cougar football history began. It began in heartbreak and ended in tears. As the season started our Head Football Coach’s daughter Mimi died. All of the young men on this team felt the pain and anguish that Mrs. Arleta and Coach Henry felt. “We were all young,” said John “but we grew up fast.” Starting out the season John would catch the only touchdown and points of the game against Worth County in a 7-0 Cougar win. Later in the season John would catch the winning touchdown in the closing seconds of the Cougars come from behind win over archrival Americus 15-12. “ I had two options on that pass, one was wide open, the other was slightly covered and John was pretty much in triple coverage.”” I just trusted that John would catch the ball,” said Bruce McFarland. We would go on to lose a thriller to Waycross in the South Georgia Championship in a game we easily could have won. That year John was the number 1 receiver in the region with 39 receptions   and was selected as an all Middle Georgia Football selection  and also an all middle Georgia selection in Golf as well. John received several offers from smaller schools in the Southeast but chose to stay home and go to college in Americus.

John graduated with a BS in Education from Georgia Southwestern University. He has a grown son Taylor and 2 daughters Madison and Chandler. He is married to the former Lisa Benton of McRae, Ga. John is a State Farm Insurance Agent in Alma, Ga. His Hobbies include Golf and spending time with his girls, who are very active in cheerleading and dance. Though distance separates us John and I still talk on regular basis and occasionally he and I and a few buddies go fishing and golfing. All of us play him in golf it is funny and he still wins. So when the book of “Cougars” is complete .In Chapter 82 verse “15” let it be said that John Hughes “the king of the Jankers” was also a  good athlete. So let it be written so let it be done. 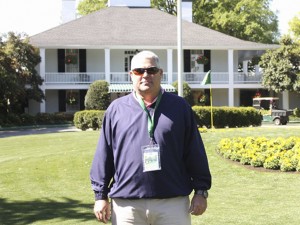 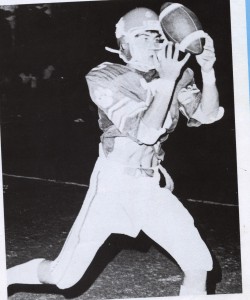 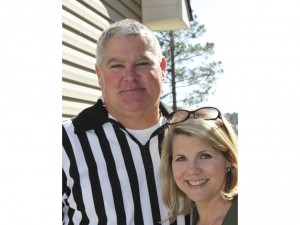 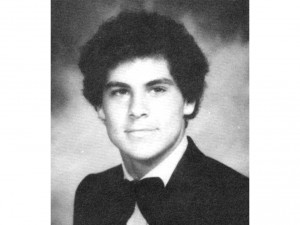 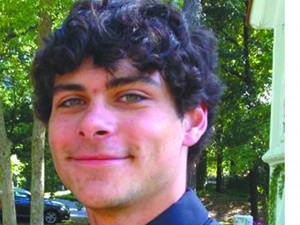 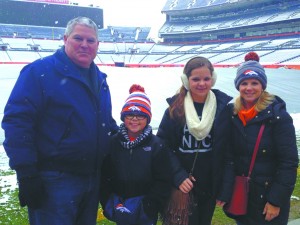